A Comparative Analysis of Cryptocurrency and Equity

A cryptocurrency is a digital asset designed to work as a medium of exchange that uses cryptography to secure its transactions, to control the creat 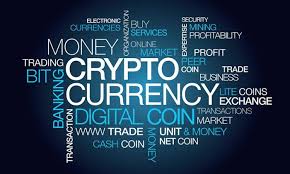 A cryptocurrency is a digital asset designed to work as a medium of exchange that uses cryptography to secure its transactions, to control the creation of added units, and to verify the transfer of assets. Cryptocurrencies are classified as a subset of digital currencies and are also classified as a subset of alternative currencies and virtual currencies(Source: Wikipedia) because an equity investment generally refers to the buying and holding of shares of stock on a stock market by people and firms in anticipation of income from dividends and capital gains. There is regulatory authority of stock market such as SEBI in India for Indian bourses and for cryptocurrency there is no such central regulatory authority.

There are number of cryptocurrency such as Bitcoins, Etherum, Litecoin, Zcash, Ripple, Monero etc but most widely known are bitcoin and to some extend Etherum. Bitcoin was invented by an unknown person or group of people under the name Satoshi Nakamoto and released as open-source software in 2009. Since then it has become worldwide payment system and is being used by over 100,000 merchants and vendors who accept bitcoin as payment. Bitcoin can also be anonymously used to conduct transactions between any account holders, anywhere and anytime across the globe, makes it attractive to criminal elements. Bitcoins can be used to buy or sell illegal goods like drugs or weapons.

Crytocurrency has caught the fantasy of people, the only reason being people is yet to burn their finger or they might have burnt it but not yet reported in the news! If we see equity, we have some cases where people have lost wealth in past – take the case of 1930s i.e The Great depression, 2000s the dotcom bubble bust, 2008 – the Financial Crisis, but we should not forget that disciplined approach of investing has generated huge amount of wealth, one can look at Warren Buffet, Rakesh Jhunjhunwala. Even if one does not understand equity one can invest through SIP, mutual fund to create wealth over a longer period.

Equity as an asset class is far less volatile as compared to bitcoin or other cryptocurrency. Also as economic activity increases round the world so does the equity prices, bitcoins as such is not dependent. The frenzy run of cryptocurrency in the last few year more so in last six month has no fundamental. Such is the volatility of bitcoin that while I am writing the article the price moves from USD 11500 to USD 10200 and then to USD 12000. In the past such frenzy was see during the year 1630 in the country Dutch where the Tulip and the bulb prices rose enormously and the demand was such that people were ready to sell land, building, life savings and were ready to risk/sell anything to have Tulip flower with them, and ultimately we know how it crashed and the losses suffered by the people!

Most countries have not clearly made determinations on the legality of bitcoin, preferring instead to take a wait-and-see approach. Some countries have indirectly assented to the legal usage of bitcoins by enacting some regulatory oversight. However, bitcoin is never legally acceptable as a substitute for a country’s legal tender. However, the technology used behind cryptocurrency i.e blockchain has found application and is being used in Factom as a distributed registry, Gems for decentralized messaging, Storj and Sia for distributed cloud storage, and Tezos for decentralized voting to name few.Cryptocurrency is changing the future of finance. What’s not yet clear is how the technology behind bitcoin, and cryptocurrencies like it, will alter our national and global financial systems.