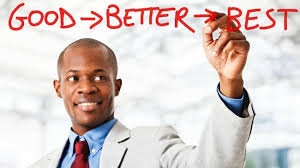 “Tsamina mina, eh eh Waka waka, eh eh; Tsamina mina zangalewa; This time for Africa”– Shakira’s lyrics just don’t make our hips not to lie but also succor us to look up to a continent which has always been shining with possibilities but never discovered!

Africa in the current global scenario is th

e most lucrative place to set up a business and growth is bound to come, chasing you like a cheetah which is mostly found pan African forests.

Driven with the eagerness to beat its problems it has been living with all these years, breaking the shackles of suppression and passing a clear message to the exterior world that it has all the competencies to give a tough fight to them in the fields of business, Africa as a whole has risen as a preferred business destination.

The major achievements in Africa have been registered in the southern part with South Africa acting as a big brother to the African continent and doing its part as yeomen service to make the lives of its fellow African national’s life better.

Business scope in Africa has always been high and under-utilized. The sectors such as mining, petroleum exploration, banking, and telecommunication have made their presence felt but education has been the continent’s major concern. Though the Global School of Business, Cape Town has made it into the top 100 business schools list for Executive Masters in Business Management, there is an immense amount of effort to be put in by the sister African nations to reach up to the education standards followed around the world.

The scope for business in various African nations is wide open for sectors like housing, financial services, infrastructure, tourism, mariculture and agri-processing. There is a wider scope of growth for service based industries such as BPO, KPO and LPO. The legal framework in place in most of the African nations is said to be robust and needs to be efficiently put into effect to deal with the crime rate and certain issues which have maligned the image of the continent with highest potential.

Business success stories in Africa prove that the continent has the highest growth prospects and words said by the leaders of US based, Cardinal Resources, LLC compliments the above said even better.

SIIB Leadership Series, the flagship event at Symbiosis Institute of International Business, Pune has had the legacy of providing opportunities to the student community to interact with leaders across every vertical-be it art, business, media etc. and discover the leaders in them.

The theme for SIIB Leadership Series 2013 ‘Rediscover Africa’ comes at a time when the leaders around the world which is changing rapidly are looking forward to tap African continent for the World Citizen’s growth!

Contribution by Prithvi Burgula, Student of MBA International Business (2013-15), Member-Public Relations @SIIB. The author can be reached on prithvi.burgula@siib.ac.in