Army of A Billion: Struggling, Compromising Yet Conquering!

India is the second most swarmed country with plenty of mango people on the streets. These strong, ardent and efficacious mango people are frequentl

CHANGES IN SNAP 2022
An Overview of SNAP
Leaders: To have or not to have? 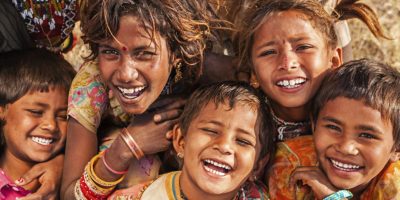 India is the second most swarmed country with plenty of mango people on the streets. These strong, ardent and efficacious mango people are frequently interpreted as common people. But are these people really that usual and ordinary to be quoted as ‘common’?  These common people possess the mystical powers to everyday start their life with a smile on their faces and hopes in their hearts inspite of their despondency and despair.  Balancing their personal needs and wishes with those of their family just to see their loved ones content and happy. Making sacrifices and compromises, dodging traffic, pollution, corruption, nepotism and mal practises, rising out of all these problems like superheroes. Spending their entire life’s savings for their children’s education, to buy an apartment and a dream car or to take a trip to Paris. Why are these people so resilient?  Have these mango people completely surrendered their pursuit of happiness? Or do they presume that this is the privilege only of the aristocrats?

Will the common people please awaken?  Will they stand up to the society’s maladies? Will the common man himself someday be intolerant to the atrocities he faces?  Will the aam aadmi  pounce because of  his child dying of sheer negligence and inaction of hospital authorities, his sister being abducted, brutally raped and murdered, his mother  waiting in queue in clinics for medical treatment,  his father struggling over his pension papers and his business  jeopardized because he is from a particular community? Are all these people so immune to the cruelties? They definitely are resentful and at times channel this anger and portray it (sadly) by burning school buses or by lynching!

This force of the common illiterate and uneducated (or even educated) ignorant let the elite uncommon always dominate and exploit them. These common people are delighted by the bluffs and counterbluffs of the politicians and their promises of giving the slum their rightful apartments, jobs  for the unemployed and interim suspension of corrupt government officials…all this just for a showbiz. The so called saviours of the nation do everything for the nation except what is needed. They close their eyes to the aam aadmi  who struggles to make his ends meet. But why blame the corrupt government when it is we who choose the leaders (not voting on elections counts too!). What we do is just adjust to all the brutality, change few television channels, send few messages on whatsapp and be happy about the fact that our family and friends are intact. We have to persuade the unsystematic system to clean the country of all the pests and give us an unsullied and impeccable haven. We the common people have to spring up and not always hold the government accountable for all the injustice. We should stop getting accustomed to the terrorists blasting us and shooting us, the tycoons tricking us and the external factors deciding our life and death.

What needs to be realised is that if taken veracious initiatives the mango people can make a difference, take it upon themselves to outrage for themselves, change the face and the fate of the society they survive in. The power of common people is not unknown. “EK akela aadmi “ can reorient the entire structure of the society he lives in. We, the mango people need a second Mahatma , a Bhagat Singh and a Chattrapati , a common man with an uncommon determination.

Memories of a Friend 0