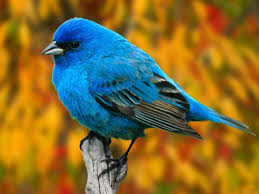 Can your twitter feed keep you updated with the world?

What is the first thing that you feel like doing when you get up in the morning? Previously, the ideal start to the morning would have been with a siz

What is the first thing that you feel like doing when you get up in the morning? Previously, the ideal start to the morning would have been with a sizzling cup of tea and the freshly rolled newspaper. Yes! Reading the day to day events and being updated with the happenings of the world is so important.

But, now things have changed. Thanks to the coming of smartphones, the first thing that we check in the morning even before we step out of the bed is our twitter or facebook account. So, has the focus shifted? Don’t we want to know about the happenings of the world? As participants of top notch managerial programs, it is criminal to not read newspapers on a daily basis. However, there is a change of focus. Today, people are more reliant on mediums like facebook and twitter to keep themselves updated about the latest happenings in the world. So, whether it is the death of legend, an impending war between US and Syria or the latest election campaign by Rahul Gandhi, you will find all the details on twitter and other similar social media platforms. On these platforms, the news may be first but there is no guarantee of its genuineness. After all, its just updates and opinions that people are sharing.

However, things are heading for a change. Yes! Given the heavy reliance on platforms like twitter, the makers are deciding to actually include a news feed for the users. This would mean that a user can see news that is genuine and also see the trending pattern of the news. The feature is still to be incorporated but the makers are confident about its success. In fact, rumors have it that Twitter is keen on hiring a professional news editor to monitor this section. If this happens it would surely facilitate a lot of the people who rely more on social media than on real time news platforms. Additionally, it would be an excellent value-add for the services that twitter currently offers leading to a guaranteed increase in the time that a user spends on his or her account.

How will Artificial Intelligence (A.I) change the world? 0

India – the Newest Participant in the Much-awed ‘Space Race’! 0