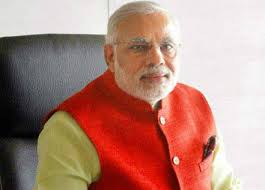 Elections 2014: Will India see a change of hands?

MBA in Symbiosis With the elections around the corner, almost every party is ensuring that they put forth their best foot forward. From impressing the

A World Without leaders
Life At SIIB
CHANGES IN SNAP 2022

With the elections around the corner, almost every party is ensuring that they put forth their best foot forward. From impressing the population with the big talk to ensuring faster implementation of solutions, the netas are doing it all. In fact, suddenly India Inc is also being pampered. After all, India Inc brings in a big portion of the revenue that enables the democracy to carry forth its cause of conducting the elections. For those of you who think that politics doesn’t interfere with management, you are wrong.

Ever imagined a country without rules, it would be a jungle with no accountability. The rules formulated by the political leaders directly and indirectly affect businesses. From simple things like an increase in subsidies to the fuel prices impact the functionalities of a business and are therefore utmost importance for managers. In fact, as part of the management education, you are always asked to keep track of the happenings by incorporating habits like reading newspapers specially the pink papers.  In fact, the elections are the most awaited event by India Inc. as it allows them to plan their future course of business management

Last week , Narendra Modi, the Gujarat CM and the prime ministerial candidate of one of the leading opposition parties in the country was in Hyderabad as part of his on-going political campaign. Strongly inspired from Obama’s style, Modiji talked about all the good things that would happen once his party came to power. From criticizing to appreciating the people for their patience and urging them to inspire the change for the upcoming elections, Modi’s speech held the audience spell bound. Whether it was the emotional connect, the charisma of the leader, the so-called success story of Gujarat or merely his orating skills, Modi had the audience asking for more.

His political campaign and its reach are growing by leaps and bounds. But, will this turn tables? This is a question that only time can answer. While Congress is a seasoned player, Modi is relatively younger. However, his body of work in Gujarat has impressed people across the country. Growing as the people’s leader, Modi has set his aspirations high. Only time will tell, if the people of the country will dampen his spirits or add fuel to his aspirations.

A peek into supply chain through digitalization !! 0

AN OUTBOUND TO REMEMBER 0