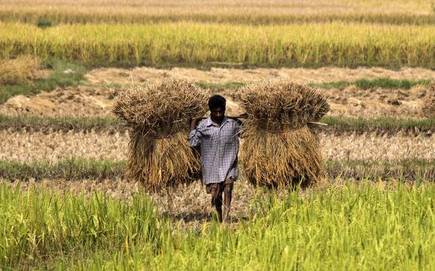 Farmer Collectivization, Need of the Hour!

Since India got its independence, farmers have found themselves at the receiving end of countless drawbacks and their yield has been continuously thre

Since India got its independence, farmers have found themselves at the receiving end of countless drawbacks and their yield has been continuously threatened due to climate change, fragmentation of land, uncertainty in productivity, prices and weak rural infrastructure. Several policies in the agriculture sector have lost their relevance in the present scenario. Indian agriculture is characterized by 85 percent of small farmers and marginal farmers, however, their share in the country’s total operated area is only 44.6 percent. On a national level, the average size of operational land holdings for small and marginal farmers is 1.42 and 0.39 hectares only whereas in the case of large farmers, it is 17.38 hectares. Every year 2 million farmers are added to small and marginal farmers because of continuous land fragmentation which results in uneconomic landholdings. Due to the small size of their holdings and produce, these farmers also lose their bargaining power. The risk linked with agriculture has resulted in ‘farmer suicides’. 12,602 farmer suicides were reported in India in the year 2015. To improve the conditions of Indian farmers, the policies of collectivizing of farmers has played an important role. One of the alternatives for collectivizing the farmers is “Farmer Producer Companies”. In the last few years, India has witnessed a big growth spurt in the formation of FPC’s (Farmer Producer Companies). The idea behind an FPC is that the farmers who produce agricultural products can collectivize and register themselves under the Indian Companies Act. The Department of Agriculture and Cooperation under the Ministry of Agriculture is helping the state governments for the creation of FPCs through SFAC (Small Farmers Agribusiness Consortium). Major tasks of the FPO’s (Farmer Producer Organisations)/ FPC’s include marketing of the produce, input supply, market linkage, training, technical and financial advisory. Field examples show that farmers can get the benefits from collectivizing through FPO’s. On the other side of the coin, there are several shortcomings of these organizations, which include inefficient functioning and lack of transparency which directly affect farm income. Problems like credit availability also affect the growth of these organizations. But overall, we see that the idea of “FPO” has become attractive to many farmers.