Financial intelligence pays off: How much are You??? 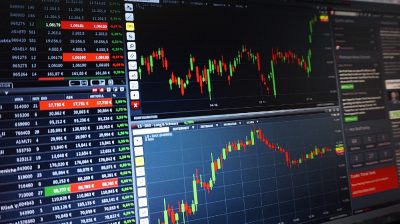 “Financial peace isn’t the acquisition of stuff. It’s learning to live on less than you make, so you can give money back and have money to invest. You can’t win until you do this.” – Dave Ramsey

Let us see a brief comparison and Decide what is best for the investor.

What are the similarities of cryptocurrency and stock markets?

Thirdly, both of them are so far valued in fiat currencies. This might change, if the dream of cryptocurrencies comes true. But for now, we are stuck with this.

What are the differences of cryptocurrency and stock markets?

Market manipulation is something that doesn’t really exist in the stock market, however, in the cryptocurrency market it definitely does. Is it a bad thing? Well, it depends if you get caught in between or not. To some extent it might be beneficial for the wider adoption, since it gets more people involved.

Following the last difference is the reason the stock market doesn’t really have market manipulation, or a very minimum amount of it, and that is that it is regulated, whereas, the cryptocurrency market isn’t. This affects a lot of the behavior. Any old tricks can be used, because no one regulates it. However, no one is saying that you must do what is allowed by an agency. Also, new competitors can come in much easier.

I would like to conclude with the fact the fact that Crypto-market is highly volatile  and Risky but there is a saying that “More Risk More Returns”,hence there are high returns on it for a short run as Regulation for the tradeable market of Cryptocurriences are not fixed yet in many countries,whereas the Equity market is already in  function offering many returns to the instruments being traded. Hence an Investor must be careful about the amount and the risk associated to what is being invested.