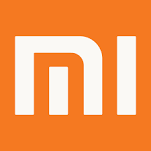 Flash Sale marketing strategy of the smartphone makers a good or bad strategy?

Creating exclusivity and demand for a product by limiting stock is one of the oldest tricks in the book and the smartphone manufacturers have very smartly implemented the strategy of flash sales marketing for the price sensitive Indian market. For a successful flash sale, the three pre-requisites are: brand name, attractive features and low cost. The online exclusive flash sales strategy by Xiaomi led to a sale of 50,000 units in a very short time. Unlike numerous smart phones which are launched each year, this move not only gave visibility to the smartphone and its manufacturer but also to the e-commerce through which it was sold. But, as per the definition of the term strategy which surrounds around the two words: ‘long-term’ & ‘direction’, it might not be a sustainable move. More than 25 lakh registrations for 20,000 units, might have led to a record time of 3.4seconds but the sheer number of dissatisfied customers rings an alarm! The ire of the consumers raises several questions even on the ability of the manufacturer to supply. Disgruntled customers feel, it to be a marketing gimmick and has given rise to negative outbursts. But, is negative publicity always good? Lack of proper demand analysis is the main reason of the failure of such flash sales. The chance factor brings in a feeling of unreliability. Unreliability leads to loss of trust and black-marketing. The hyped exclusivity allows the arbitrators to sell the products at higher prices and make illegal profits. Competition is also rising. Similar feature, similar prices, and may be even better marketing strategy like that of ‘OnePlus one’, makes all three requisites for success redundant.

Hence, I believe flash sale marketing of the smartphone makers is not such a good strategy.

Agripreneurs – The pillars of a stronger India 0