Outbound experiences can be stimulating or they can be a tad humdrum. Having this preconceived notion in my mind, as our SIIB friends a

Empathy in the Corporate Jungle- An oxymoron to be normalized.
The New Normal for SMEs in India
Prose For Pros 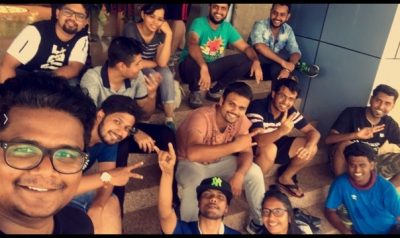 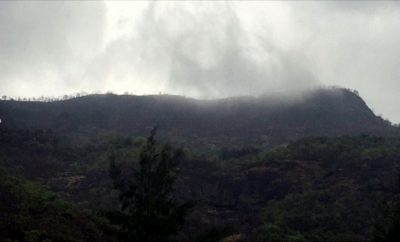 Outbound experiences can be stimulating or they can be a tad humdrum. Having this preconceived notion in my mind, as our SIIB friends and I went for our first ever outbound with inquisitiveness whipped up all around – little did we know that we were in for a delightful surprise, and how!

Unfortunately, I fractured my right hand in the same week as we were gearing up for the outbound program. To be honest, I wasn’t even sure of attending the outbound as there was only a little I could do to make my stay merrier at Mohili meadows, Karjat; where the two day outbound took place. I took a plunge finally and decided to board the bus with everyone else which took two hours to reach the destination from SIC campus.  In the fear of being left out, I was underwhelmed with skeptical emotions till Colonel Kulkarni Sir boarded our bus and spotted me. “You’re being brave. I admire that”, He said. Such was the aura of the man that in no time I forgot about my injury and joined the rest for ‘Antakshari’ session and dance, all in moving bus.

Col. Kulkarni Sir spearheaded our outbound and named it as –“Chak De”, a term coined in the spirit of winning. As we reached our destination, we were welcomed by the sounds of ‘Dhol’ and dancing berserk, we occupied our respective rooms. After few minutes, we were asked to gather for a briefing post breakfast. Multiple adventure and recreational activities like Hoolahoop,Caterpillar,Gutter-ball, water-relay,zipline, pass the baton and many more were conducted and since I wasn’t an active participant due to obvious reasons, I made myself useful by volunteering in every game and was a vigilant observer of the points scored by each team. It felt different and rewarding somehow; as I’ve never been on the other side of proceedings.  Till dusk, tired legs walked into the room only to come out in party-wears for the ultimate DJ night!

It’s hard to imagine everyone dancing all the way till the end after an eventful and tiresome day. All the inhibitions, timidity and even the ongoing fractures were forgotten over the beats from the DJ. I’m not sure how many managed to sleep that night as early morning 6 a.m trekking was awaiting us. Much to our surprise, many were turning up at sharp 6. Col. Kulkarni sir took us for trek and words of wisdom and valor were shared in between. As the Sun was approaching at the head, our outbound was nearing an end. Volunteers and support staff were swift enough to compile a ppt presentation containing our photos and videos during the adventure activities performed and showed it to us during final briefing. The experience had come to an end with a heavy heart.

The trip from Karjat to SIIB was different. Everyone was taking something with them- Something more valuable than what each one of us could have thought. We were taking experiences with us, and in these experiences, we found maybe a part of us somewhere, dormant ,waiting for the next outbound to happen and to live again, and with that thought, I rest my left hand fingers which blogged all the way down here to make up for my recovering right hand.

BBM for Android: Will it work? 0