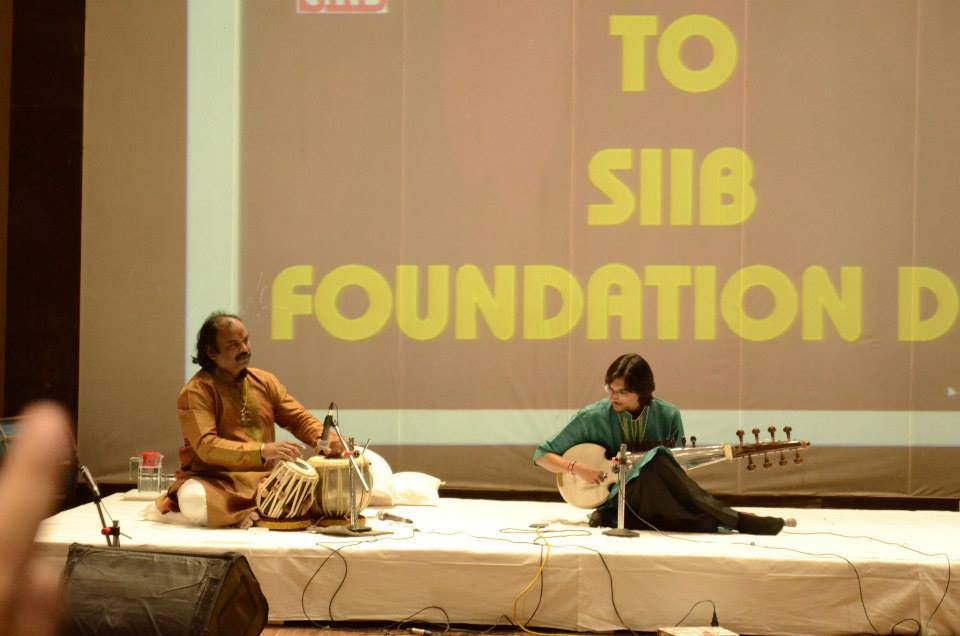 SIIB was established on 10th July, 1992 and every year on this day, the college gets into a festive mood. The celebrations were held on 10th July 2015

SIIB was established on 10th July, 1992 and every year on this day, the college gets into a festive mood. The celebrations were held on 10th July 2015 in the college auditorium from 10.30 to 12.30 am. The program began with a ceremonial lighting of the lamp, after which the esteemed director Dr. Asmita Chitnis gave her welcome speech. She talked about SIIB’s journey of 23 years and also about new collaborations of the college with premier institutions as well as the set-up of an incubation center. Afterwards, she unveiled the new and improved SIIB website that had been in the works for some time.Finally, the program began. Pandit Arvind Kumar Azad and his team had been called to serenade the students with their beautiful music. The performance began with a beautiful Raag Bhairavi being sung. The team showcased their talent on various instruments like shehnai, table, harmonium, sarod and many others. There was even a beautiful ‘jugalbandi’ with the sarod and the tabla, which was enjoyed enormously by the audience. But the final performance stole the show, where Maharashtrian folk music was played on a variety of instruments. It was very fast and upbeat and literally moved the audience to their feet. Any student who had a doubt about classical Indian being dull or boring had those doubts totally destroyed after today’s scintillating performance.

India – the Newest Participant in the Much-awed ‘Space Race’! 0