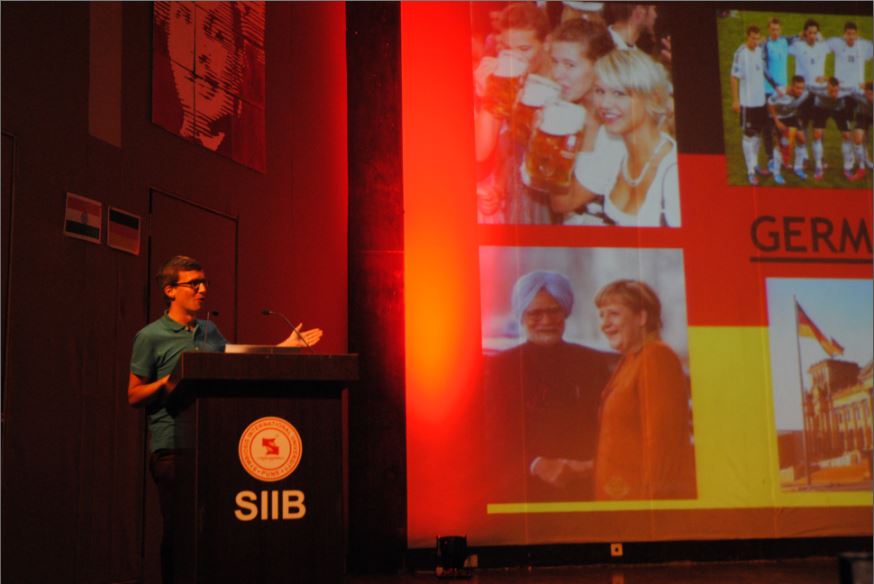 Herbst Zeit Lose is a German Phrase indicating the blooming of a particular species of a flower only during autumn every year. SIIB, with the help of

Herbst Zeit Lose is a German Phrase indicating the blooming of a particular species of a flower only during autumn every year. 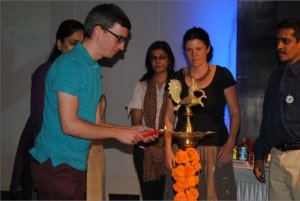 The session began at 2 pm where in the inaugural prayer dance was performed by SIIB junior girls following the performance of the German artist playing the Cello. This was later followed by an interactive session between students of SIIB and the German dignitaries. It was endearing to hear them share their life stories and experiences and answer queries based on opportunities in Germany.

After the auditorium session, it was time to play a lot of Indoor games such as Darts, Reverse Chess, Graffiti, Musical Chairs and Hoop-Ball. The Germans seemed quite happy with the idea of revisiting the child in them while playing these games with full enthusiasm.

The main attraction of the day was the Barbeque which began at dusk after a sumptuous dinner. The aroma of grilled sausages attracted everybody’s attention. Delicious food, Candle light, Campfire, Guitars and People having a good time, it was perfect.

SIIB will look forward to such events in future as the International Relations Team is setting their sights on a new country as we speak.  International Business in the true sense, IR focusses of getting people across the world together to promote the Symbiosis school of thought that “THE WORLD IS MY FAMILY”.

With the hope that one day boundaries will only be on paper, we at SIIB wish to welcome people across the globe to our facility and make them realise that friendship will only help each other. These events are our Director’s mission and his vision is to co-exist with the world as one family.

Taking a cue from this event, we plan to come up with something grander next time. 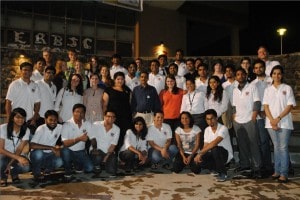 Weather that takes away stress and tension 0

LOST, THEN FOUND AT OUTBOUND 0