How is A.I. Going to Change The World.

Artificial Intelligence  (A.I.)  has been slowly and steadily becoming a part of our everyday ways of life without us evening realizing it. The te 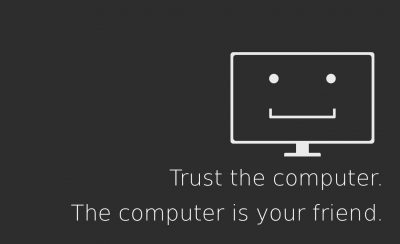 Artificial Intelligence  (A.I.)  has been slowly and steadily becoming a part of our everyday ways of life without us evening realizing it. The technology though is still in its nascent stage and it will take a lot many years and several new innovations to come across the type of A.I. we have seen in movies. Any A.I. which responds to a programmed set of rules (an Algorithm) may necessarily not be classified as an A.I. On the other hand, robots and algorithms gaining sentience is what we can call a true manifestation of Artificial Intelligence. We already have a lot of examples in our midst which indicate that A.I is going to change the world in a major way in the years to come.

As it happened recently, Facebooks chatbots devised their own language which they were using to communicate with each other. This happening would have surely sent “The Terminator” fans into a frenzy but for Facebook, this was a major development. We have a fair number of A.I. integrations around us which make our life easier. Integration of A.I in our daily lives can help finish off several of our repetitive or menial tasks without any human intervention which could save us a lot of time. Although most of the people are of the opinion that A.I can help us in a major way, there are also a major percentage of people who believe that the rise of A.I can be a threat to the human existence. Scientists believe that with the rise of Quantum Computing and the integration of Artificial Intelligence and Quantum Computing, A.I. is going to more realistic in its ways and gradually gain sentience and fluidity just like their human counterparts.

We can see a Siri or a Cortana doing our work over simple voice commands. Amazons Alexa has taken the developed markets by storm with its ability to recognise voices from anywhere in a room. Consumers have now begun using Alexa for their daily usual Google searches now. There is Amazon.com which has advanced algorithms which very intuitively track a consumer’s purchase and his shopping behaviour and display appropriate products which he is most likely to purchase. For the Music lovers Pandora happens to be one amazing piece of technology. People are often baffled by the accurate music suggestions which it comes up with after analysing every piece of music which a user plays. Pandora analyses each songs based on 400 musical characteristics and its suggestions are always accurate. We have Netflix as well which can track the type of T.V. Series or movie a user likes and suggests something similar on their previous choices.

It is rather obvious that A.I. is going to the change the world in a major way. Whether it will for the good or bad will only be answered with the passage of time.

A Comparative Analysis of Cryptocurrency and Equity 1

“Marching towards a sustainable future…” 0