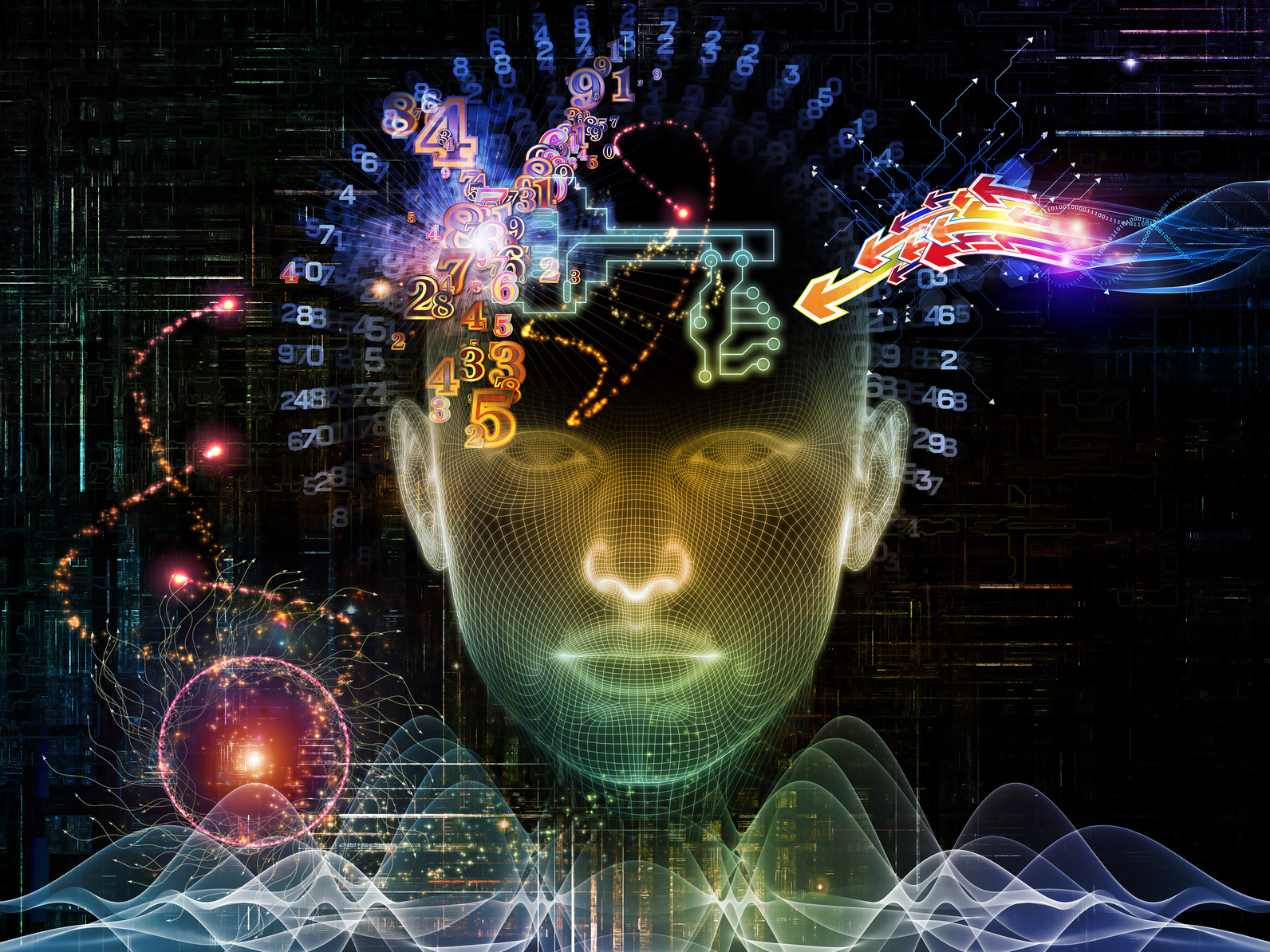 How will Artificial Intelligence (A.I) change the world

"I would like to say that Machines are better servant than Masters".But with advent of Artificial Intelligence the above phrase can be weakened but no

“I would like to say that Machines are better servant than Masters”.But with advent of Artificial Intelligence the above phrase can be weakened but not removed

In computer science, the field of AI research defines itself as the study of “intelligent agents”: any device that perceives its environment and takes actions that maximize its chance of success at some goal.

Colloquially, the term “artificial intelligence” is applied when a machine mimics “cognitive” functions that humans associate with other human minds, such as “learning” and “problem solving”.

The implications of recent advances in Artificial Intelligence (AI) have spurred heated debate globally. As science fiction starts to become reality, AI products are slowly infiltrating homes and workplaces. When there are all valid discussions, I believe that the focus of AI should not be just on cool home gadgets or on process optimization and automation. Instead, AI can be used to fundamentally rethink how we solve the world’s problems.

AI has the potential to greatly improve things like healthcare, education, poverty and security. AI machines can do some very beneficial things already today that humans will simply never be able to. If we leverage that to augment what humans do well, AI could positively impact society, business, and culture on the order of magnitude of the internet itself.

I call this using AI to scale the human mind, not replace it. The human brain is the most elegant computer in existence. We process millions of sensory inputs automatically and constantly, allowing us to learn and respond to our environment. But the human brain only contains about 300 million pattern processors that are responsible for human thought.Even with today’s primitive forms of AI, there is enough technology out there to start doing exactly this.

AI is driving the adoption and implementation of precision medicine: an emerging approach for disease treatment and prevention that takes into account individual variability in genes, environment, and lifestyle for each person. Think of it as a type of medical personalisation. For example, around 25,000 people in the US are diagnosed with brain tumors every year. Traditionally, they might all be given the same course of treatment to see what might work in a one-size-fits-all approach. Precision medicine will allow doctors and researchers to predict more accurately which treatment and prevention strategies for a particular disease will work in which groups of people.

Many of the answers lie in the vast amount of medical data already collected. Ayasdi uses AI algorithms like deep learning to enable doctors and hospitals to better analyse their data. Through their work, medical practitioners have been able to identify previously unknown diabetes sub-types that could lead to better understanding of therapies that could work better for certain types of patients. Enlitic and IBM are using similar AI algorithms but to detect tumors in radiology scans more accurately and efficiently, and even potentially accelerate finding a cure for cancer.

There were around 707 million cyber security breaches in 2015, and 554 million in just the first half of 2016. The impact of just a few of these attacks, such as foreign governments potentially biasing US presidential elections, is truly scary.

Security teams struggle today to work through the increasing number of alerts generated by traditional tools. The self-learning and automation capabilities enabled by AI can increase effectiveness and reduce costs, keeping us much safer from terrorism or even smaller scale identity theft.

AI-based solutions already in the market can be more proactive and can preempt attacks in the pre-execution state by identifying patterns and anomalies associated with malicious content. Secure works uses the predictive capabilities of AI for advanced threat detection on a global scale. Sift Science, Cylance, and Deep Instinct are using it for fraud prevention and for endpoint security, like smartphones and laptops. These technologies will dramatically expand the scope and scale of security professionals and allow them to detect threats hopefully well before they actually attacks.

The world’s population is expected to increase significantly over the next three decades, but our capacity for food production will struggle to keep pace. AI is driving efficiency in our current farming methods to increase production and reduce wastage without adversely affecting the environment.

Systems such as John Deere’s AutoTrac enable huge machines to plant crops in a far more uniform and accurate way and can reduce overlap in agricultural processes such as tilling, planting and fertilising, which in turn reduces the use of chemicals and increases productivity.

Cainthus, a machine vision company, has another approach. Using deep learning, it has created a facial recognition system than can identify individual cows by their facial features in just six seconds, enabling huge herds to be monitored with minimal human involvement. Soon, they will be able to detect early signs of lameness in a cow based on its body shape, and alert the farmer accordingly.

As sensors proliferate on farms and drones capture real-time images of the condition of vast amounts of farmland, AI machines will be able to help farmers foresee what their crops and farms are going to need potentially over a year in advance, giving them more time to react to adverse conditions.

AI can be applied to many more problems and markets. In fact, it should be thought of as a fundamentally new approach to every problem. Those decisions will be made by humans who want to change and improve the world, and who now can scale their minds to address ever-expanding frontiers.

In combination with other technologies, AI has the potential to deliver the active management that will be required for the grid of the future. Powerful intelligence will be able to balance grids, manage demand, negotiate actions, enable self-healing and facilitate a host of new products and services. Indeed, AI, will not just lend itself to the energy transition, it will also enable more efficient and effective utility operations by helping to analyse unstructured data which typically makes up to 80 percent of data in an organization.

Over the next decade advancements in AI, distributed ledgers and robotics will impact a variety of sectors. For utilities, these trends combined with the dramatic changes in the energy transition such as distributed energy resources, increased proliferation of sensors on infrastructure and behind the meter devices and demand management advances will unleash a variety of transformative use cases in the sector.  For example, devices which auto-detect demand levels on the grid and reduce power could be powered by AI and recorded by block chain .To that end, we are currently in the midst of what has been termed the Fourth Industrial Revolution (4IR), and a central part of this revolution will be energy and all of its components.

We know that species are becoming extinct at a rapid pace – at least 1,000 times more quickly than would be expected in the absence of human activities. These extinctions have devastating impacts on the ecosystem services on which humans rely. Species loss wreaks havoc on pollination services, which puts our global agriculture system at risk. Clean water depends on healthy forests and wetlands, themselves the result of a complex web of species.

What we don’t know is even more worrying. Scientists have discovered and described only 1.5m species of the estimated 10m on earth. And some estimates range much higher than that, up to 50m or more. As a result, the number of species included on the IUCN Red List – the world’s repository of information on the conservation status of species – includes 1% or less of all species on Earth.

Hardware is increasingly cheap and power-efficient enough to deploy monitoring systems on the ground, on animals, in the sky, and up in space. Early work is proving that algorithms can sift through the massive amounts of data streaming back from these monitoring systems. In turn, humans and machines can begin to identify the plants, birds, fish, and other species captured by these remotely deployed cameras, microphones, and more – sometimes down to the unique individual. And we’re finding new ways to deploy these technologies every day. For example, Microsoft is working on ways to use organisms such as mosquito’s as small, self-powered data collection devices that can help us better understand an ecosystem through the animals they feed on.

Artificial intelligence can help us understand land use patterns as well. Microsoft and others are experimenting with ways to turn high-resolution imagery into land cover maps. These maps provide an unprecedented view of what is where and how it is changing. This in turn helps governments, organisations and researchers make more informed decisions about when, where and how to most effectively deploy conservation efforts for the greatest impact. And it creates a virtuous cycle of learning, as all of this information can then be fed back into AI systems, making them smarter.

Although these are some of the areas that are mainly considered in AI but one cannot forgot that No matter what one do to avoid ,AI will impact one’s life very much that everyone is benefited to a large scale