IS INDIA A STARTUP NATION ?

Prime Minister Mr. Narendra Modi stood at the Red Fort, on 15th August 2015, and announced a plan of “Startup India, Stand up India”. Those words we

Leaders: To have or not to have?
LOGO ka kaam hai kehna
CHANGES IN SNAP 2022 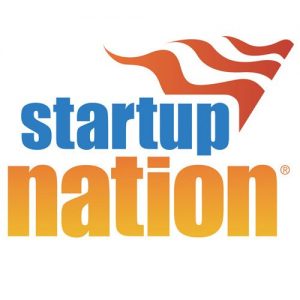 Prime Minister Mr. Narendra Modi stood at the Red Fort, on 15th August 2015, and announced a plan of “Startup India, Stand up India”. Those words were reverberating the ideas of today’s India- the spark had already caught fire in the minds of India to create splendid products and businesses which will change the world! The Prime Minister’s call was assurance that the government is considerate and supporting the sentiments.

India is the fastest rising startup in the world because of the companies like Flipkart, Hike, Snapdeal, Zomato, and these are all evidences of happening all around us. They are not Indian success stories, they are global success stories and they generate thousands of employments.

Indian startupsconstitutes5.7 per cent of the world’s Unicorns – startups that are valued at over $1 billion, this term has been popularized by Aileen Lee of Cowboy Ventures. India’s Unicorns are Flipkart, Paytm,Ola, Snapdeal, Quikr, InMobi, Zomato, and Mu Sigma. Between 2010 and 2015, Start-ups in India grabbed a whooping amount $9 billion. However in 2015, the total investment touched $9 billion. 2016 is probable to see higher levels of investment.

India has provided a favorable ecosystem for the startups to flourish, and has moved up to the third place with the fastest growing base of startups across the world. The number of startups had touched a figure of 4200 with a 40 percent growth in the end of 2015.Around 80,000 – 85,000 people have been directly employed by Start-ups and this figure is expected to increase to over 250,000 by 2020.

Bengaluru, capital city of Karnataka, is recognized as India’s startup-hub. Other cities are beginning to challenge Bengaluru to set up a startup in the country such as Hyderabad, Delhi and Mumbai.

India is considered as the youngest start-up nation in the world with 72% of the entrepreneurs are less than 35 years old, and it has been experienced that there is 50% rise in share of female entrepreneurs in 2015 over 2014.

Still thinking of the previous decade, there were no VCs (Venture Capitalists), no angel investors, and banks were not willing to lend to startups. Only few IT and BPO start-ups became big in the 2000s, because of lack of Internet penetration which held responsible for holding back growth for the rest of the entrepreneurs. In 2010, when the Internet boom came up and smartphones became hugely popular, companies such as Flipkart, Snapdeal and Google India became big, and are now capitalizing in newer start-ups.

Today’s entrepreneurs are behind the risk-embracing culture of Silicon Valley.

Among the start-up charms is 22-year old Ritesh Aggarwal, founder of OYO Rooms, which is an online marketplace for reasonable rentals, which has 40,000 rooms in 150 cities on offer and is expanding to Southeast Asia. Inderpreet Wadhwa, founder of Azure Power, who left a relaxed US career to become aquick mover in India’s solar energy sector, or Meena Ganesh who runs household healthcare firm Portea with her man.

A promising startup ecosystem, exciting assignments, huge fundings are attracting a lot of talented people towards the Indian startup culture.In 2015, lot of IIT students either declined job offers or completely skipped the campus recruitment process due to their increasing interest into entrepreneurship. Amongst India’s top MBA colleges too, students are lining up to get placed in the startup making it one of the hottest job segments in India.Another trend is being observed where many mid-level officials are quitting laidback and dull jobs at big firms to work for startups.

Many States have come up with the startup initiatives, with Karnataka being the initiator to come up with a startup policy, tailed by Andhra Pradesh and Rajasthan. Southern state, Kerala, decided to invest one per cent of its budget for entrepreneurship. West Bengal government and IIM Calcutta have come up together to assist entrepreneurs. Likewise, the State governments ofGujarat, Telangana, Maharashtra,Tamil Nadu, Delhiand Andhra Pradesh, have taken steps to promote entrepreneurship in various ways.

Nasscom 10,000 startup initiative, in which 10,000 technology startups will be supported by incubating and providing them support in India, by 2023.

There are two important reports that rank the world’s startup hubs, Bloomberg’s report, which ranks the world’s “50 most innovative countries” and India is not listed there. Startup Genome’s report, which lists high-tech cities, ranks Bangalore 15th out of 20. According to the World Bank’s Doing Business report, India is ranked 130 in 2016.

India has literacy rate is lesser than the average literacy rate of the world. It is home to one in three of the world’s malnourished children. 60.4% of India’s people do not have access to toilets and had 20.6% share of world’s poorest in 2011. India’sonly 2-3 million of the country’s 1.2 billion people are employed in the

In India when a startup raises money more than its fair value, it has to pay taxes against the money raised. The trend is coming up of startups shifting headquarters abroadas companies want to get out of India’s burdensome bureaucracy, high taxes and unsuccessful public offerings.

With the initiation the Startup India program, the key to supporting India’s startup boom is for the government to endure its efforts in creating India easier to do business with – and in.

India will be requiring more than 10 million jobs in the coming years, and only start-ups can deliver that. In the US, in the past 31 years, all new employments were created by start-ups.

How to make things Easier

The efforts to lift start-ups are admirable, but India needs to realize that there are localdifferences in job creation and there is a need for producing a market economy which aids justifiable distribution of jobs. It is to be seen that if India can overcome its cultural and societal challenges to convert into the next startup nation, and perhaps carry the country’s poor and illiterates on coat-tails.

Is India a Startup Nation? 0