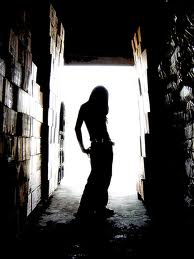 life@SIIB…the girl in the dark

Tranquil…is how one would usually characterize the aura of SIC at night after dinner. But not tonight. Tonight was different. Tonight it had ignited i Tranquil…is how one would usually characterize the aura of SIC at night after dinner. But not tonight. Tonight was different. Tonight it had ignited in a frenzy of emotions & noise. It had shed all its inhibitions! It was in the mood for siesta! Ecstatic! Animated! Explosive! Tonight SIC had come alive!!!

Because tonight was the first of what has come to be known as the “ice breaking session” of one of the three colleges within the campus. And there he was, the SIIB senior, just standing there in his smug and arrogant posture, staring intently at this age-old ritual of introduction through humiliation. She wasn’t too far away either, watching… just like him. Both of them were of course just spectators to the frenzy and not participants because it wasn’t SIIB’s ice breaking. But I’m going off on a tangent; let’s get back to him for now.

As he stood there watching contentedly a crowd started gathering around him. They weren’t gathering around him because they were drawn to his charisma or because he was immensely popular but because they were curious to know if they should look forward to the same treatment for their ice breaking. And of course him being him, he couldn’t help but make himself seem like an overconfident jerk with an attitude that screams out arrogance. But they were all a blur to him, he wouldn’t recognize them if he saw them an hour later. Too self-assured to even catch their names…

“Can you believe the nonsense that’s going on over there???” she screamed out while barging her way into the gathering and taking the focus away from him. He turned his attention to her and the group followed suit. To her embarrassment she realized she had just interrupted a senior and meekly asked “Is he our senior?” Amused, he smirked at this tiny intrusion in his spotlight as she moved away to the side of the group to hide in the darkness, turning into a silhouette of a girl and denying him a good look at her. She offered her name to him which he couldn’t hear over all the noise but he was too immersed in his own self-importance to consider giving this unknown “junior” a second glance, even though his curiosity begged him to do so. He turned his attention elsewhere, till she interrupted him again and announced she had to leave. She left and with her the group dispersed, leaving him behind to move on to a new gathering of curious juniors.

He didn’t give her a second thought till he encountered her again and how long that really was I really don’t know because he neither bothered to remember nor did he care.

The next time they crossed paths was at dinner a few days later where she sat next to him with her friends by sheer chance. He realized it was her the moment she started talking, even though he had only seen her as a silhouette. How did he recognize her??? I guess she just has that kind of aura around her. You can’t really describe it, but you definitely can’t miss it when you encounter it.   What the bunch of them talked about I have no clue. All I know is this time he felt a lot less “full of himself” as the expression goes and had a good time. But did that stop him from acting like an arrogant, spoiled hotshot??? Of course not!!! He was still him…and he had a lifetime of practice in acting like a smug, immature schmuck 😛

That night they all went out for a walk where largely, to his slight irritation, she remained the focus rather than him. He realized his thunder had been stolen from him and there was nothing he could do about it. So he decided to just give up for now and have a little fun.

In his opinion she was a classic example of the eternal damsel in distress. To his shock he would soon discover how far away from the truth he really was. But enough about her now, this isn’t really about her and I’ve spoken more about her than I originally meant to. This is about him and everything around him at SIIB, the place that would probably end up changing him, for good or for worse, forever. I just thought talking about her would be a good starting point to our conversation… it usually is. Whether she plays any significant part later is something we will just have to wait and watch.

Now usually I hate to presume, but if you’re reading this then in all probability you are wondering who is he and how do I know so much about him?

He’s the guy that you look at and think “You maybe young once but you can be immature forever.” Wears his immaturity like a badge of honour. Reinforces the theory that men don’t grow up, they just get bigger. Look around, you can always tell him apart by the air of arrogance he carries with him. For now let’s call him, the boy who just refuses to grow up…

And as for how do I know so much about him. Let’s just keep that for another time.