Loan waivers and MSP: A constructive leverage or just a fruitless covenant

The government should go from dramatic policies to a pragmatic approach to make and not break the backbone of the Indian economy. 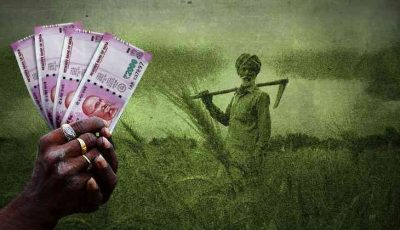 Do we still remember the clarion call of Shri Lal Bahadur Shashtri “Jai jawan Jai kisan” where he reached out and recognised the importance of both the soldier and the farmer equally in India’s survival story back then? In less than half a century we have suffered a permanent memory dystopia as both these cogs have been forgotten and have become outliers of our society. The farmer has been borrowing from banks and money lenders to grow crops for us, bring food to our table to satiate our basic needs, his personal financial breakdown hemmed by the law and nobody to rescue him but find a rope in the hemp or consume the pesticide and end his miserable life. Can the legislators by sitting in air-conditioned rooms devise the policies to alleviate the problems faced by the farmers who work under the burning sun?

Finance minister Arun Jaitley announced in budget 2018-19 that his government has decided to raise the minimum support price (MSP) of all unannounced crops at least 1.5 times of production cost. Recently government has increased the MSP of 14 kharif crops. This has caused a lot of havoc. What primarily added to the confusion was that the cost upon which the MSP would be applied was not quoted. It is now confirmed that the government will be using A2+FL cost and not on C2 (which is more comprehensive, accounting for the rentals, interest on the value of owned and fixed capital assets). The question here is why do we not consider this opportunity cost? 88% of the farmers don’t lease in land and not earn wages outside the farm, this constitutes loss because the farmer forgoes the wages of the land he cultivates in. Agriculture wage growth has declined from close to 9% in April 2017 to 2.3% in February 2018. Thus, MSP should be expanded based on the comprehensive cost of production including reasonable rate of return on investment ensuring prompt and open ended purchase of all major crops. Unless the commodities which constitute the food basket in the consumer price index stabilize, the interests of both the consumers and growers will not be protected.

The optimistic outlook is that MSP will boost farmer’s income and also increase their purchasing power. The import dependency will also come down. As MSP increases the demand pull relation also increases as the aggregate demand will increase. According to recent Neilson data, rural growth outpaced urban demand, rising by 13.5% in March quarter. Loan waivers of 1.5% increase will increase farmers’ incomes by 3% per annum by 2020. The demand growth seen in the rural sector is thus driven by farm waivers and not likely due to real increases in rural incomes and wages which implies that the economy is still away from a full-blown rural revival.

However, sharp hike in MSP will raise the chances of reduction in exports. India may thus lose out its competitiveness owning to this. It is estimated that Africa would replace India in terms of groundnut exports to China, its largest consumer in the world. The hike is also expected to firm up cotton prices in India, the largest exporter of natural fibre in global market. According to SBI report, analysts have warned that this would push up retail inflation by at least 70-80 basis points.

Will increase in MSP help in combating these ends in the absence of a robust procurement infrastructure? High MSP in such situations only end up fuelling inflationary expectations with hefty gains to intermediaries. The bulk of India’s subsistence farmers need support systems other than MSP to palliate distress. Thus, MSP is debated as good politics but bad economics.

The ASSOCHAM suggested setting of procurement and processing companies in the public private partnership which can be a bridge between the farmers, consumers and large players in organised retail. Thus the MSP has to be backed up by stable procurement policy, associated logistics support, appropriate export import policies in a way that it will encourage the farmers without compromising the interests of the consumers.

Another populist measure of the many state government and almost all political parties is to speak about loan waivers as and when elections make scene. Are such monetary freebies always the best way to handle this situation? By waiving off their loans the farmers can be relieved from the debt only in the interim. But is there any surety that the same situation won’t arise after 5-6 years? By offering such huge loan waivers the government debt will increase. The RBI and other bodies have flagged concerns over this slippery path of money transfer from tax payers to borrowers with an adverse bearing on the fiscal viability of states, besides impacting credit discipline and vitiating credit culture. Agriculture sector has over 60,000 crores NPAs. As per RBI the sum of such waivers in India is 4.99 lakh crore rupees.  Banks are also reluctant to give loans in future fearing that farmers will not pay expecting loan waivers.

The concern over the MSP and loan waivers leads to inflammatory pressure which can be improved by enhancing the administrative machinery in the food grains and vegetable mandis. Indian agriculture needs a long standing structural fix. Loan waivers and MSP are not durable solutions but just a temporary cure. Such a huge sum of money can instead be spent for technology upgradation, strengthen supply chain and infrastructure investment in areas like irrigation, water conservation, better storage facilities, market connectivity and intensive research and development, to ensure that every single rupee reaches the farmers.

What is an MBA in Energy and Environment all about? 0

The recovery of the rupee 0