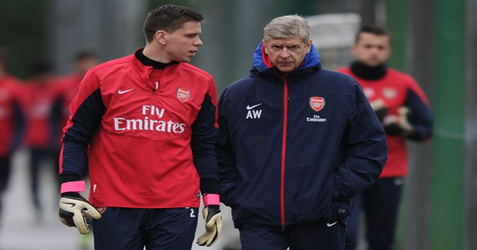 "I believe one of the best things about managing people is that we can influence lives in a positive way. That's basically what a manager is about. Wh

“I believe one of the best things about managing people is that we can influence lives in a positive way. That’s basically what a manager is about. When I can do that, I am very happy.”  –  Arsene Wenger Arsène Wenger is the businessman’s football coach. Wenger may not have Ferguson’s trophies, but he has transformed football management in Britain forever, bringing the very latest mental and physiological thinking into his craft.

The stereotype of the Arsenal manager is that he’s very precise and clinical. But in his autobiography, “Addicted”, Tony Adams actually singles out praises for Wenger’s man-management skills; “He is a thinker, a listener, and he cares a great deal about the welfare of players, as was seen when he sent me to the south of France for a weeks’ rehabilitation when he could have been pressing me to play,” And given that George Graham had once had to pull Adams off at half time because he was drunk on the pitch, those man-management skills have been tested.

Reflecting back on a particular incident earlier this year, the Arsenal goalkeeper Wojciech Szczesny was fined a reported £20,000 for smoking in the showers after the Gunners’ 2-0 defeat to Southampton on New Year’s Day.The 24-year-old Poland goalkeeper was alleged to have left his manager Arsène Wenger furious when he lit up following the defeat at St Mary’s in which Szczesny endured a torrid match, at fault for both of Southampton’s goals.

What was interesting to see was the relationship Arsene maintained with the player after the incident. Although he side-lined the keeper for the regular league matches, he used Szczesny, albeit scarcely, for the not so frequent, yet highly important, FA Cup matches. Wenger played Szczesny in the quarter-finals and semi-finals of the cup. This maintained the player’s interest in proceedings at the club, and at the same time, rapped his knuckles for his wrong-doings. The manager made him work hard, train harder and asked him to ‘earn his place back in the starting 11’. This increases the player’s motivation levels and gives him a chance to ameliorate, and as observed in most cases, makes the player stronger and hungrier than before. Creating an environment of healthy competition for places helps a manager bring out the best in his players and remove any complacency that may creep in.

In a recent interview lauding Le Prof’s Man-Management skills, Arsenal midfielder Jack Wilshere says Arsene Wenger taught him to appreciate playing for the club, since the player made his debut at the puerile age of 16. Looking back Wilshere says – “The boss was clever because he put me in for some games, took me out, made me train some games and then put me out again. Then he put me in the [team in the] Carling Cup and I thought, ‘This is the real thing, we’re playing in front of 60,000 fans against proper teams, proper men, at just 16’. I owe a lot to the boss and I’ve learnt so much since I was 16 that it’s scary. I’m only 23 now but it feels like I’ve been playing for years, and I’m still learning with every game I play.”

Wenger had encountered similar problems with members of his squad before and has previously publicly reprimanded Jack Wilshere for smoking, saying: “I disagree completely with that behaviour. When you are a football player you are an example and you don’t do what damages your health.”

Making adept decisions, converting adversities into opportunities, and eliciting the best out of one’s associates are the skills we wish to develop, here at SIIB, to flourish as successful future man-managers!

“You’ll miss me when I’m gone,” Arsène Wenger said a few months ago. He’s right. We will.

The first Quarter of MBA life 0