It was with a sense of eager anticipation coupled with a tinge of apprehension that I set out for the outbound activity at Mohili Meadows last Friday.

It was with a sense of eager anticipation coupled with a tinge of apprehension that I set out for the outbound activity at Mohili Meadows last Friday. ‘Would the trip be indeed worth its salt? Will there be more lectures? Will they take attendance for all the activities? Would the experience be worth sacrificing our precious weekend there?’ Were some of the questions plaguing my mind; and so it was with a chip on my shoulder that I began the journey.

Nestled in the bucolic pastures of Raigad district, Mohili Meadows lies on the foothills of Sahyadri ranges. The first glimpse of the salubrious panorama did well to quell my unease. As we alighted the bus, we were welcomed by drummers, fit for playing in a brass band at a big fat Indian wedding. All inhibitions forgotten, our barely acquainted, two- hundred- and forty- strong batch danced all the way from bus parking to the rooms. In my opinion, it was the best way to break ice.

Within no time, the group activities commenced, overseen by Rtd Col Sameer Kulkarni, a veteran of the Kargil war. The games were designed to imbue the team spirit and camaraderie among the batch. While one game required us to flip a carpet upside down while fifteen people stood on it at once, another required us to manually pick up our team mates up and pass them through the net without scraping the borders. Hilarity ensued, when in the game of ‘pass the baton’, I was struck on my head with the very baton that I was supposed to catch and pass. Our coordination skills were tested in the game wherein we were blindfolded and had to traverse through a maze like path, following the audio signals of our team member. Activities like Zip-line also quenched our thirst for adventure. Despite the rain, we all continued with the games, drenched to the skin, our infectious enthusiasm soaring high. By the end of the day, tired but content, we were all well acquainted with the majority of our batch mates.

After a sumptuous dinner, the DJ commenced and we all entered the discotheque to shake a leg. The enchanting music tinged with a hint of euphoria blended gracefully with the elegance of swaying ladies, lightly charmed by the demeanors of suave men, leaving a trail of lusty spirit in its wake as the folks danced to the tunes it inspired, drenching in the droplets of careless celebratory spirit. Once started, it was difficult to rein in our sprit and we danced to the loud music till our ears became numb and legs became sore.

The next morning, we set out for a trek at 6 a.m., undeterred by the exhaustion of the previous day. The weather was pleasantly apt for a trek at that hour as the clouds had descended, accompanied by a light drizzle. The colonel asked for volunteer trekkers to assist the batch, and I readily stepped up, having trekked in the Himalayas on numerous occasions. The route had a steady gradient, laden with lush greenery. The latter part of the trek involved climbing up a small waterfall. I assisted my friends to reach up to that point, but beyond that, most of the people couldn’t climb up. After around three and a half hours of trek, we returned back to Mohili Meadows.

The trip so far was a fantastic experience, but the real icing on the cake was when the colonel announced the winning team for the games held on the previous day. Yes—it was our team that stood first and I hooted and cheered unabashedly along with my team mates till everyone stared.

Looking back, I wonder at the absurdity of my apprehensions prior to the trip and marvel at the memorable experience that I had at the end of it. I shall cherish those moments and the nostalgic memories will stay with me for a long time. 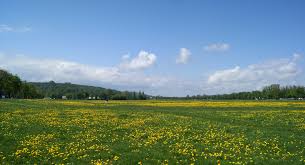