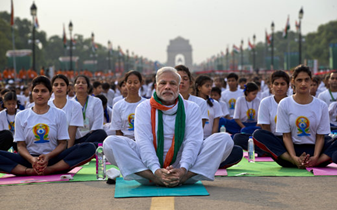 Figure 1 Prime Minister Narendra Modi along with thousands of participants are performing yogasanas at Rajpath. It was the month of September, 2014 Figure 1 Prime Minister Narendra Modi along with thousands of participants are performing yogasanas at Rajpath.

It was the month of September, 2014 when United Nations passed the resolution, with 177 countries voting in favour, to celebrate 21st June as International Yoga Day. Well, that is a big number. It was none other than but our Prime Minister Narendra Modi who mooted for it in his inaugural address at the United Nations. It is a pride moment for us that India embarked such a historic event.

Unequivocally, the event turned out to be a huge success. It was not celebrated with enthusiasm across India only but across the whole wide world. That makes it a colossal one. Guinness World Record manifested two records on a single day created by India. Firstly, 35,985 people participated and performed yogasanas on a single venue of Rajpath in New Delhi. Secondly, 84 nationalities participated. This is not just a vague number. It has been validated by Ernst and Young. So cheers! No territorial boundary could contain the vigour and ecstasy of people for Yoga. From New Delhi to New York to New Mexico, people have shown abounding energy towards this mammoth event. UN’s General Secretary Ban Ki Moon could not hide his excitement and he solemnly participated and reveled.

Apparently, on this landmark day innumerable nations went into the state of spirituality and earnestly celebrated this day. Be it the United States of America or China or Japan, the light of Yoga reached every nook and corner of the globe.

In the light of the fact that most of the political bigwigs and the commoners participated in huge numbers evince there is no dearth of followers for Yoga. It is pretty much certain that its fan base is going to grow exponentially with time. Some states have marked this day by officially organizing yogasanas sessions which lured an astounding number of enthusiasts. And after witnessing the turnout, one or two state allocated separate fund for yoga related programmes. Punjab has announced that they will appoint 1000 trainers for yogasanas which itself proclaims the success of this event. Figure 3 A bunch of girls are going yogasanas in Taiwan.

Hence, what can be made out from this extraordinary day is that people have not only appreciated this initiative but also acknowledged the importance of yoga. This all makes it a big Yay.

Blockchain: The Rise of Decentralization 0