The US and Iran have been at loggerheads for some time. In fact it can be traced back to 1984 when the Shah of Iran, Reza Pahlavi was given shelte 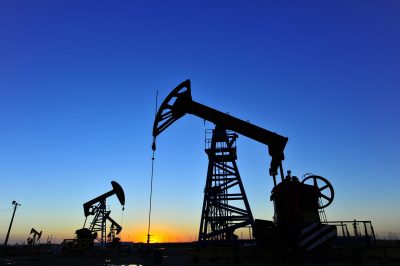 The US and Iran have been at loggerheads for some time. In fact it can be traced back to 1984 when the Shah of Iran, Reza Pahlavi was given shelter in the US while the Iranian people, at that time led by Ayatollah Khomeini asked for his return so he could be tried for his crimes. Post that in 1995 the US had a trade embargo with Iran following which the US led successful joint Comprehensive Plan of Action against Iran to dismantle its nuclear capabilities.

In the recent past, the relationship has once again turned sour.  All the sanctions that were reversed during the Obama administration have now been re-imposed on Iran by Trump’s office. The U.S has asked India, China and other big consumers of oil from Iran to cut down on their import of oil by November this year.

Due to attractive oil pricing offered by Tehran, Indian state-run refineries have procured large amounts of oil from Iran in the first quarter of this fiscal, making it the second largest source of oil for India. With these new sanctions coming in place by November, India has to re-strategize its plans for oil imports.

Crude oil prices have sky rocketed world over and India is doing all it can to shelter itself from the collateral damage it will have to face while balancing its dream of achieving energy independence goals. In order to achieve this, India is working with UAE and Saudi oil giants, ADNOC and ARAMCO, who have invested 44 billion US dollars into the Ratnagiri Oil Refinery and Petrochemical Complex coming up in Maharashtra. This comes after India’s conscious decision of acquiring 10% stake in the Lower Zakum offshore oil field in Dubai.

With the backdrop of the U.S sanctions coming in November, the future looks challenging for India in terms of its trade relationship with Tehran. India has to find its way out so as to maintain peace in trade from its end. India’s position has generally been that it will only enforce sanctions authorized by the UN Security Council resolution and will go by what is in the country’s national interest.   Which means that India in all likelihood will resists US efforts to compel it to comply with re-imposed US sanctions.

It will be interesting to watch India’s response to the U.S sanctions post November and its trade relationship with Iran going forward….

Towards sound health for a resounding success! 1