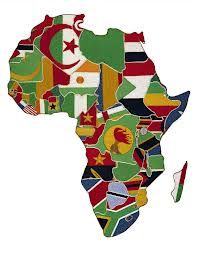 Africa – or ifriqiya as known before, means sunny place. Second largest in terms of population and area, Africa is one of the most diverse continents. Africa – or ifriqiya as known before, means sunny place. Second largest in terms of population and area, Africa is one of the most diverse continents. It comprises of 54 countries and terrains ranging from Sahara desert to the tropical rain forests.

It is called the place of origin by paleoanthropologists, pointing out the fact that it was the first place inhabited by humans.  One of the earliest modern civilisation was that of Egypt. It has its own aura of mysticism, and people are still lured by the stories of Cleopatra and the Sphinx.

The glorious days for Africa were short lived, Dark Age loomed near. Slave trade became rampant till the 20th Century.  The imperialist rule continued until the end of Second World War. Most of the countries started forming after 1950. Libya, Tunisia and Morocco were among the first ones to gain independence.

The situation in Africa after most of its nations were formed was chaotic. It is the most mineral rich and has the highest biodiversity, but it still remains world’s poorest and most underdeveloped continent. It is plagued with diseases and the infant mortality rate is as high as 100. Most of the countries are torn apart by ethnic clashes and the government is in disarray.

But the scenario in Africa is changing. With the uprisings in Egypt, Libya, Algeria and other countries, people are coming out of the dark ages. Countries outside Africa are focusing their attention towards the huge natural resource base in Africa and the market potential it promises. African countries itself are coming up with international trade friendly policies.

The policies of sub-Saharan African (SSA) countries i.e. Angola, Botswana, Cameroon, Kenya, Ghana, Ethiopia etc., are to maximize their trade-related economic growth by 2025 by tapping into the growing markets in Asia, Latin America and their own continent, and invest in trade-related infrastructure such as poor transport, inadequate energy supply and poor storage facilities which hold back the supply of goods and services and trade facilitation which deals with procedures and controls governing the movement of goods across national borders to reduce cost burdens and maximise efficiency while safeguarding legitimate regulatory objectives.

Trade between Western Africa and Asia, for instance, is forecasted to increase by 14% annually over the next 10 years, significantly surpassing the overall growth in world trade. But, since the majority of SSA products destined for Asia are commodities, a reorientation to growth markets is by itself not sufficient to achieve future sustainability. Furthermore, the share of raw materials in Africa’s exports to Asia is still growing. Thus by simply turning towards Asia, this analysis shows that the SSA region runs the risk of leaving itself even more vulnerable to commodity price shocks than it is today.

India and Africa have much to gain from each other. Africa being a potential market for growth has a wide range of opportunities for India and at the same time China is also competing for the same. India has much to lose if it misses the opportunity and hands it over to China, the most active trader and investor in African markets. Bharti’s Airtel, ONGC, Godrej, Hero, Mahindra, Tata and Bank of India are companies that have already made their footprint in Africa understanding the capability of the market.

The prospects of trade between Africa and other nations will be best highlighted by the leaders from Africa itself. This year SIIB is bestowed with the presence of Ambassadors from African nations in its LEADERSHIP SERIES. They will be providing valuable information on how the relation between Africa and India will grow and how both countries have to benefit from it. The future leaders of India have a lot to learn from this, because with trade boundaries dissolving, businesses are going global and this requires a fresh outlook from the future workforce.