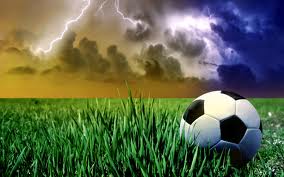 On 3rd August 2013, when the rainy season reached its crescendo, SIIB organized an intra-college event for football fanatics titled ‘The Challenger Cu

My Journey to SIIB
Leaders: To have or not to have?
LOGO ka kaam hai kehna

On 3rd August 2013, when the rainy season reached its crescendo, SIIB organized an intra-college event for football fanatics titled ‘The Challenger Cup.’ The week-long tournament that began with 9 teams saw many ups and downs in the round robin format before reaching its climax on 9th August 2013 with the grand finale.

Some called it the “A Battle Royale”, while others dubbed it “The Clash of the Titans.” And not surprisingly, since not only were the teams that qualified 2 of the very best in the entire tournament, but also ‘The Seniors v/s The Juniors’. So just like in an India-Pakistan match, every person had a clear choice of side to cheer for.

Inspirational and motivational emails sent by the PR departments of both teams ensured that the stands fell short of seats. Not only did the supporters turn up in huge numbers, but also carried empty plastic bottles to create clamor for their team. While nearly all of the juniors swarmed the venue to spur their team, the seniors were less in number and more sophisticated in their demeanor.

The finals began with the seniors scoring a decisive early goal. The excitement attracted the rain gods who joined the match just before halftime, making the ground even slippery and tough for the players. The match saw its fair share of injuries, chants, bad passes, excellent footwork and a lot of fact-paced action.

Eventually the final wasn’t about a good team verses a bad team. It was merely a good team on their good day, defeating another good team on their not-so-good day. The fact that there was just 1 goal scored in the entire match is proof enough that both teams were champions in their own might.

The tournament ended on a high with both the seniors and the juniors meeting in a warm embrace and chanting the SIIB war cry. Besides, what mattered in the end was that a team from SIIB won. We may have been temporarily divided by teams, but we were always united by SIIB.

Get that little extra at SIIB 0