Solar is a safe alternative which can replace current fossil fuels like coal and gas for generation of electricity that produces air, water, and land 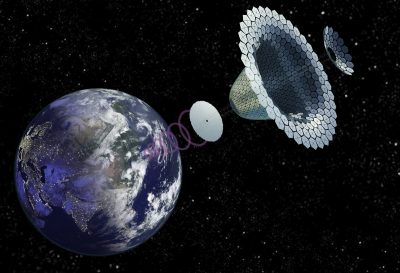 Solar is a safe alternative which can replace current fossil fuels like coal and gas for generation of electricity that produces air, water, and land pollution.electricity generation from fossil fuels causes pollution of air leading to acid rain, damaged forest areas, and affected agricultural production leading to loss of billions of dollars worldwide.thousands of liters of water mixed with chemicals for extraction contaminating the water used, along with nearby water bodies, and also causes earthquakes. Nuclear power pollutes water and land and has caused environmental catastrophes. Use of solar energy will eliminate these unsafe, unclean consequences from using conventional fossil fuels.Pristine forests are destroyed for mining raw materials like the fossil or nuclear fuels. Trees constantly remove and use carbon dioxide from the air to make their food, and this carbon is then stored in them. When forests are cut for mining raw materials for conventional energy, this major carbon sink disappears and also increases climate change.

Space-based solar power (SBSP)can be one of the major steps we can take on the path of renewable energy sources. SBSP is the concept of collecting solar power in outer space in the exosphere, the topmost layer of the atmosphere and distributing it to Earth by broadcasting the collected energy in the different wavelength to prevent it from any kind of distortion. Potential advantages of collecting solar energy in space include a higher collection rate and a longer collection period due to the lack of a diffusing atmosphere, and the possibility of placing a solar collector in an orbiting location where there is no night. A considerable fraction of incoming solar energy (55–60%) is lost on its way through the Earth’s atmosphere by the effects of reflection and absorption.In the SBSP this loss can be prevented efficiently.

In the SBSP there will be an array of mirrors making a concavely curved mirror with a very large surface area for maximum collection of solar radiation. As it will be set up in the outer space above the atmosphere there will not be any chances of absorption or the diffusion of the radiation. Collecting surfaces could receive much more intense sunlight, owing to the lack of obstructions such as atmospheric gasses, clouds, dust and other weather events. Consequently, the intensity in orbit is approximately 144% of the maximum attainable intensity on Earth’s surface.

Next, the collected infrared rays would be directed towards on the solar cells/ panels from which the generated power will be passed through a megnatronor a microwave generator installed along with the project which converts the energy into microwave. The reason for the conversion it to the microwaves is that the microwave will not be absorbed or be diffused by the atmosphere. Another instance, when William C. Brown, an American electrical engineer and a pioneer of microwave demonstrated in 1964, during Walter Cronkite’s CBS News program, a microwave-powered model helicopter that received all the power it needed for flight from a microwave beam. Between 1969 and 1975, Bill Brown was technical director of a JPL Raytheon program that beamed 30 kW of power over a distance of 1 mile (1.6 km) at 84% efficiency.

The same principle will govern the transmission of the microwave from the space to the rectenna on the earth surface. The high power microwave will be received by the receiving antennas or the rectenna of a large radius and area places on the earth adjacent to a power grid for the proper transmission and distribution. The Earth-based rectenna would likely consist of many short dipole antennas connected via diodes. Microwave broadcasts from the satellite would be received in the dipoles with about 85% efficiency. With a conventional microwave antenna, the reception efficiency is better, but its cost and complexity are also considerably greater. Rectennas would likely be several kilometers across.

This project of Space-Based Solar Power is expensive but the problem of tremendous exhaustion of the conventional non-renewable energy resources can be solved along with the reduction of pollution making the earth a better place to live on and protecting the species and the habitats and maintaining the sustainability throughout the world.

Why do an MBA in Agribusiness? 0

Get that little extra at SIIB 0