The Allied and Axis Powers Version 2.0

There’s a new highway in Pakistan, and a new rail terminal in Kazakhstan. A sea port in Sri Lanka recently opened as well as a new bridge in rural L 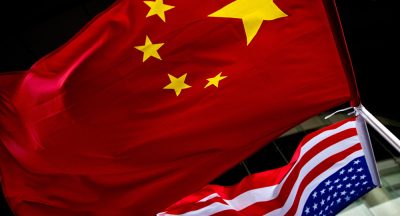 There’s a new highway in Pakistan, and a new rail terminal in Kazakhstan. A sea port in Sri Lanka recently opened as well as a new bridge in rural Laos. What’s interesting is the citizens of these countries don’t require new highways, bridges and ports on these particular locations. These are required by China. These are a part of the Belt and Road Initiative, BRI; or OBOR as we know it. It touches over 60% of the world’s population. This is designed to re-route global trade making China the source and sink of the new world’s trade, this is China’s plan to become a superpower. There are 2 belts in this initiative, an overland economic belt, and a maritime silk route that serves to lessen the logistical costs to China for oil imports, a backdoor in case India pushes to block the Malacca strait. This is China’s trillion dollar plan to dominate world trade. The BRI includes oil refineries, pipelines, fibre optic cables, industrial parks, power plants and mines all designed to make it easier for the world to trade with China, so far over 60 countries have signed to contract to work with China. China promotes this as a win-win for everyone, but it isn’t so. Though the Gwadar port, in Pakistan where the economic land belt meets the maritime belt, saw an increase in trade for China, and Pakistan saw its highest growth in GDP since its independence, there are caveats to China’s plans. Chinese construction companies saw a boost in services, 7/10 of the world’s largest construction companies are Chinese. What tips the balance towards China even more is the requirement that China be prima facie in all the construction and developments in all the elements of the BRI, increasing economic benefits exponentially for China. To get investment from the World Bank, countries have to meet a long list of strict criteria, and to get financing from China, countries simply have to agree to the BRI. Due to this, China has signed agreements with authoritarian governments, military regimes and some of the most corrupt countries in the world, even associated with Afghanistan, Yemen, Ukraine and Iraq, all countries torn by terrorism and civil war. 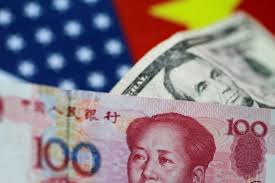 Eventually countries will have to pay this money back to China, but corruption, conflict, and poor economic status make that pay back almost improbable. 43 out of 60 of the countries in the BRI are extremely vulnerable. Being unable to pay the port in Sri Lanka is now leased to China for 99 years; China also controls the strategic port in Pakistan, which is on a 40 year lease. They are pushing these agreements in more and more countries, essentially trying to establish a string of naval bases in the Indian Ocean that will allow China to guard shipping routes.  Isolation trending in the US is allowing a new unipolar world to emerge, and China ruling countries by proxy is helping this cause. It is left to see that countries like India, who are not in agreements with China, what they do about their economic security, maritime security and who they take sides with, in a world that has serendipitously severed into the axis and the allied powers.

Weather that takes away stress and tension 0