The Diamond in the Rough

Luka Modrić, the Croatian professional football player, recently won the Golden Ball for the 2018 World Cup Final. He has been named the Croatian 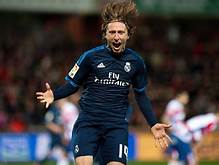 Luka Modrić, the Croatian professional football player, recently won the Golden Ball for the 2018 World Cup Final. He has been named the Croatian Footballer of the Year 6 times and has been playing professionally since the age of 16.

With all his glorious achievements, he comes with a troubled past.

The Serbian war of Independence broke out in the summer of 1991 and continued till 1995. As a result of the war, the Croatian government overtook large territories of the Serbs and left the rest as a relatively stateless nation. The aftermath of the war, to which the Serbians refer to as the Greater Serbian Aggression, conflicting views still exist as to whether it was an international or a civil war.

This war ravaged Serbia. And like the Syrians, the Serbians or rather Croatians were left to pick up the pieces of their lives in their war torn country.

From this rubble emerged Luka Modrić. Now a mid-fielder with Real Madrid, the captain of the Croatian National team, Luka Modrić is regarded as one of the Golden Generation, and is one of the best mid-fielders today in football.

Looking back, as vivid as his childhood memories were, he recalls verbatim, only the memories of football, reminiscing his first shin pads that had images of Ronaldo on them.

Although Croatia was beat by France in the 2018 World Cup finale, the future looks promising for this 32 year old, and his team, who in his own words, regards himself as the little man, who can.

“Its better to light a candle… 0