The Expiration Date of a Nation

Hong Kong's freedom now has an expiration date. How the South East Asia deals with this new development could change the perspective we have of our superpowers..

One of the most fortified borders in the world is between China, and well China. China and Hong Kong to be specific. As a result of multiple wars 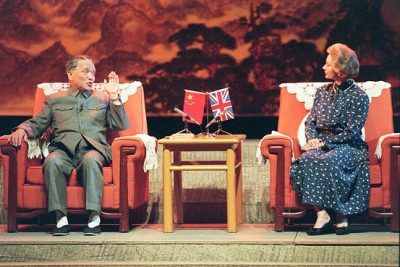 One of the most fortified borders in the world is between China, and well China. China and Hong Kong to be specific. As a result of multiple wars between China and Great Britain in the 1800’s over tea, HK was handed over to the British as a colony, and a British colony it remained till 1997. Under the British rule, HK flourished economically, and in 1997, when the handover came to pass, HK made up more than 30% of China’s GDP, while having only 4% of the landmass. The handover happened between the two prime ministers, Margaret Thatcher and Deng Xiaoping. Thatcher who clearly illustrated in the memorandum that HK was to maintain its way of life as it was under the British rule. They were to maintain their freedom of speech, freedom of press, freedom of association and other fundamental freedoms. This was to be known as the One Country, Two Systems rule up till the 1st of July 2047, 50 years that it would take for HK to acclimatize to China’s way of life.

Fast forward to the 2000’s. Suburban China experienced explosive growth. All of a sudden, HK went from a 30% contributor to GDP to a minuscule 4%. Now the Chinese government had no incentive to uphold the memorandum.

Hong Kong’s freedom suddenly had an expiration date; the 1st of July 2014. But China isn’t waiting till 2047. So what happens when you erase borders? 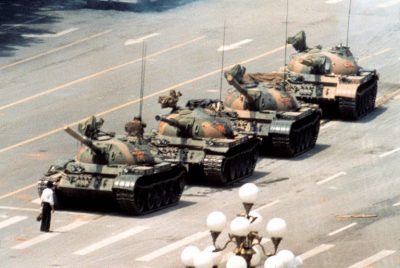 The Tiananmen Square massacre happened in 1980, when a group of students decided they wanted a multi-party democracy, instead of a failed state of communism. Instead of diplomatically tackling the issue, the Chinese government ordered the military to crush this peaceful uprising. This crowd of over 1 million students on bicycles, was mowed down by tanks, and their bodies riddled by machine gun fire. The unofficial death toll, was over 20,000, leaving over 300,000 wounded and maimed. This quashed whatever future widespread democracy popularity that could have ever sprung up in China. 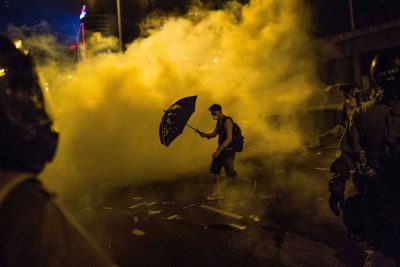 Fast forward to 2014. The evening news in HK in now in Mandarin, but the people of HK don’t speak Mandarin, they speak Cantonese. The Chinese government begins by killing a language to metaphorically kill its people. But in 2014, they took it a step too far. The Chinese government was trying to control who could run for HK’s presidential elections, to procure a communist friendly candidate. The citizens of HK took to the streets to protest, and in a predictable move, the military was called in to control the peaceful crowds with damaging pepper spray and tear gas. One cannot help but draw a parallel between 1980 and 2014. The citizens protecting themselves from the tear gas and pepper spray using umbrellas, invariable led this movement to be known as the Umbrella Movement, or better yet, Tiananmen Square version 2.0.

The changing dynamics in the world, especially in the Asians countries are era defining moments. They define the course ahead in terms of allied and axis powers, if not in the literal terms. These changes affect India directly, and our diplomatic relations with China, and till 2047, even HK. It is yet to be determined how passive or aggressive this transition would come to be.