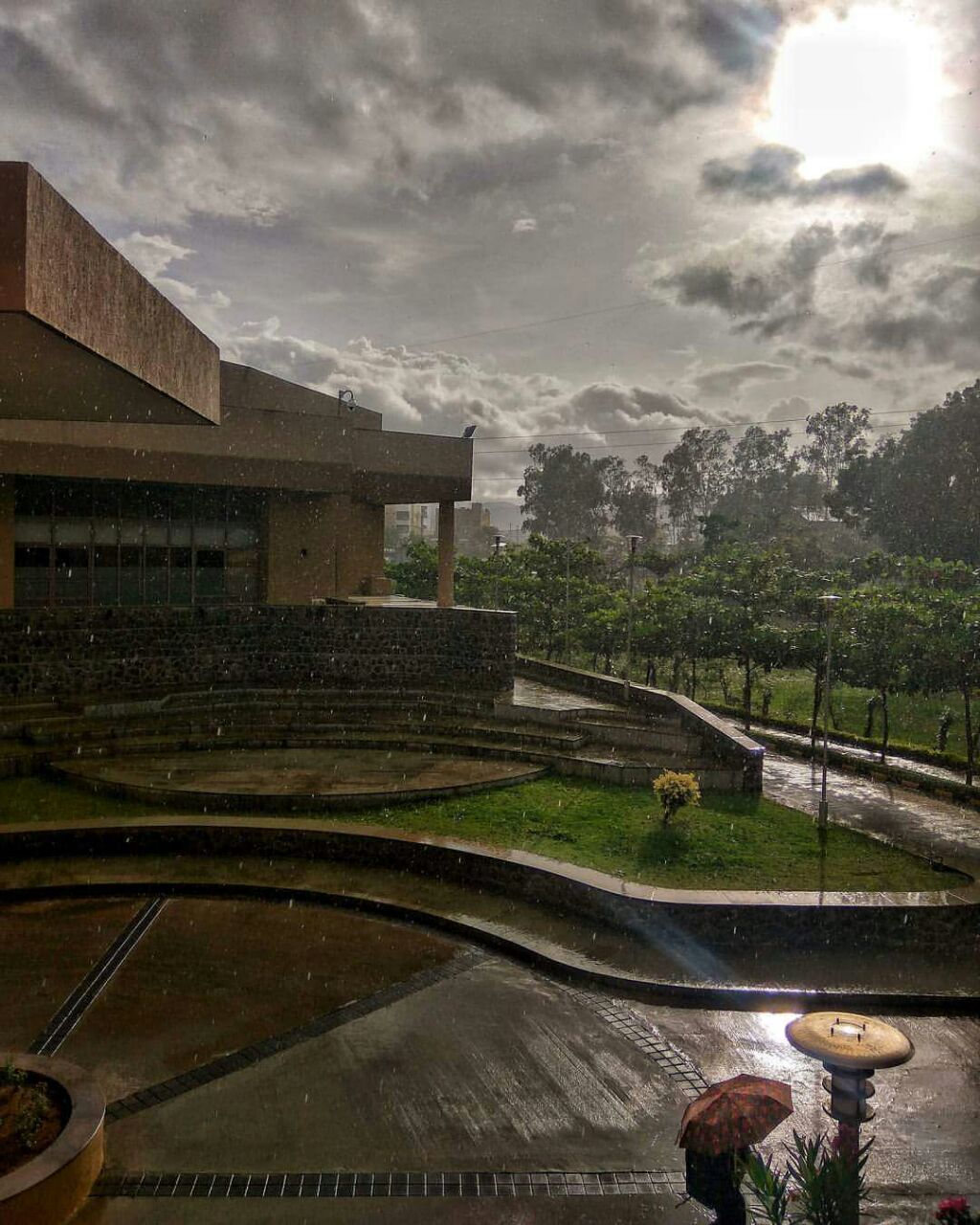 The first Quarter of MBA life 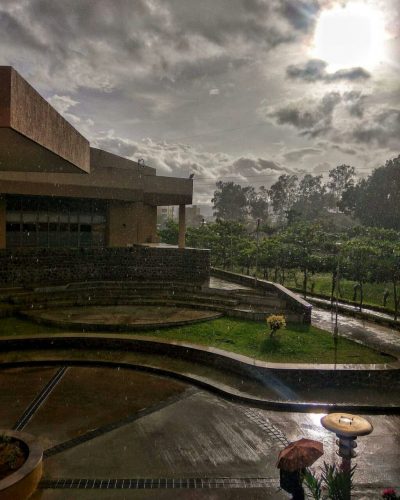 ” Every morning I see the sun rise.
Opulent, magnificent,
Color splashing on the renewed Earth,
Opalescent wonder reminding onlookers
That color is only a feast for the eyes.
Mountains of clouds break against the ocean ceiling,
Asking the onlookers to dive deeper into the
Depths of the endless, glorious sky.
A master painter could not compare in excellence
Opposed to this ephemeral masterpiece.
Such detail in grandeur,
Holy awesomeness in finesse,
No mark absently fashioned
No stroke of paint unadorned.
Yet beneath this wonder
My heart longs for a sunset with no sunrise.
Let me play my part in the morning’s scene
Rather than sit as the passive onlooker
Never to create such beauty.”

The above poem describe the beauty of the SUNRISE which I had seen From the campus of SIIB,as the location of the Institute lies in the heart of the IT parks of the City surrounded by the hills and River flowing on one of the side which makes the view so mesmerizing.

Life at  SIIB has been pretty awesome and has given me the lifetime experience which I can never forget because it the place which has brought out the hidden skills which I elsewhere may not have been able to identify it.When I got admission in the Institute I was very much delighted and the Feeling was such that words were not enough to express it out. Being in a Premier B-school one would expect the atmosphere to be very strict and disciplined,which is there in SIIB,but it has atmosphere where one would sense the level of understanding of all the levels of students have been taken into account very accurately and precisely.Although the academics being rigorous,one would expect to be only Study and study,but the Scenario is not what I had thought of.There are various events which have been taking place like the annual conclave of various department,are totally driven by students under the guidance of faculty. But this events give students the total experience of the real life situation that are going to arise in the future when they are going to be the managers and it will be opportunity for all to showcase their skills and Knowledge.Being part of all such conclaves guided me to the path of thinking of Out of box and also to explore the unexplored aspects of viewing the problems .SIIB celebrated the silver jubilee of its establishment as it completed 25 Years and On this occasion of celebration we were Fortunate enough to get the blessing of Shri. SURESH PRABHU,former Railway minister and the concert of PT. RONU MAJUMDAR and USTAD SHUJAAT KHAN and to listen them was lifetime chance which we got and we Feel lucky for it.The Flagship event of SIIB “Leadership Series ” on the Topic of ‘Blue Economy’ having esteemed guest from Ministry of External Affairs guided and enlightened us to various impacts and aspects related the Blue economy. Academics guided us about the theoretical concepts of technology and Business while such events graced us the guidance of viewing the problem practically and focusing on the optimum methods and ways of solving the Problem.

One important thing that I learned and experience What SIIB taught me is that “rather than looking for the exact solution of problem we should focus on bringing the optimum solution and dividing the issue into smaller parts for better and easier way to solve it”.In easy way to describe the first chapter  I would use only one Word that it has been AWESOME and I hope to be even better.

THE Chapter has been a great experience and exposure such that words are less and not enough o describe about the knowledge and exposure that I had been through and With the following Line I would conclude “main shaayar to nahin magar Jab se SIIB Aaya ,  mujh ko shaayari, aa gai”.

The Journey that Started from SIIB 0

There and back again – an Outbound Tale!! 0