The Paradox of Leadership 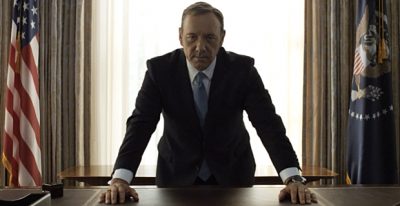 Leaders require a multifaceted approach to leadership when it comes to the complex conditions in which they are asked to operate. These conditions require an approach to balance the irreconcilable dichotomies without letting the complexity slow down their advent in the dynamic world.

The biggest challenge of the leaders today is managing an organization successfully and sustainably adapting that organization in the future. To augment these challenges, leadership faces paradoxes, which is not only important for the present but also for the sustainability in the future.

We are in an age where SIRI can book a cab and Alexa can help you decide what music one wants to listen, it is very important for the Leaders to know that Organizations are run by the people and for the people. It is crucial to discern the what can be best done by the people and what can be best done by AI/Machines. It is important to perceive the co-ordination between Man and Machines in order to extract & deliver the impact efficiently.

The Paradox here is that many leaders who are driving technological upgrades are not able to perceive the human implications of their work. The leader’s role is to nurture the organization and offer a better future for the people. That means balancing between being technical and human.

The speed with which the dynamic variables are changing in this world, leaders need to decide and act but also have the humility to recognize the limits of their abilities, the courage to admit their mistakes.

The paradox is that the leaders , more than ever, feel like acting like heroes showing confidence in the toughest of times but having confidence is not the same as the arrogance to reject truth or unwillingness to change their course of action when an insurmountable challenge arises. Leaders need deep personal resilience to admit when they are wrong, allow others to make mistakes and foster confidence throughout the organization to stimulate ongoing success.

When I think about Leadership paradoxes, the first thing that came to my mind was House of Cards. The book shows how a Congressman finds his way to presidency.

Coming back to the real deeply political world, it is true that people lose their integrity. More time is spent meeting the demands of other people and getting plans happen playing politically. In order to keep all people engaged on the optimal outcome for the organization during times of change, the integrity of the leader is more critical. It is because people won’t follow someone they don’t trust. The leader should work to reconcile the political requirements while maintaining integrity because without relative consensus and integrity it is impossible to lead.

SIIB is the 8th best B school for pedagogy! 0