The Power struggle between RBI and the Indian Government

The Central Bank's Annual Report that was released on 29th August 2018 stated that 99.3 percent of the demonetized notes, worth Rs 15.3 lakh Crore 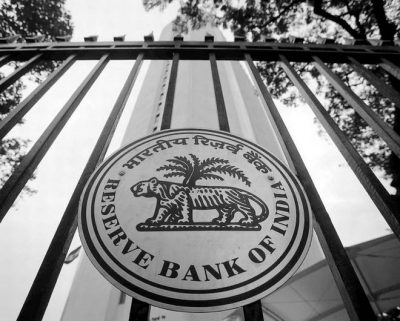 The Central Bank’s Annual Report that was released on 29th August 2018 stated that 99.3 percent of the demonetized notes, worth Rs 15.3 lakh Crore, have returned to the banks. The report is a major embarrassment for the Government as it had argued that demonetization was a bold move towards a less-cash economy and would widen the tax base and serve as a blow to black money.

Demonetization rendered 86 percent of India’s currency illegal and left the RBI struggling to cope with the aftermath. To deal with a policy transition of this scale, the bank kept announcing measures and then revoking them and was vilified as the ‘Reverse Bank of India’. In June 2018, when Piyush Goyal, then acting Union Finance Minister, met economists and market traders at the Maharashtra government guesthouse in Mumbai to discuss how to lift the economy to 10 percent growth, he began with a caveat-anything could be suggested as long as it didn’t involve the RBI. When the issue of rising interest rates came up, he again said that, on concerns such as these, it was the RBI that needed to be approached. To those attending the meeting, this was indicative of the stressful dynamic between the RBI and the Finance Ministry. Experts are concerned that at a time when India and the world are bracing for economic storms unleashed by trade sanctions, hyper-protectionism and steep oil prices, the two major institutions are out of step with each other. Of late, the RBI and the finance ministry have been engaged in a war of words on various issues, such as more powers to the central bank, norms to tackle bad loans, interest rates and transfer of reserves. It is widely speculated that the government is in a bind over the RBI’s independence.

What doesn’t help the RBI’s case is that, for the first time since 1990, it doesn’t have anyone at the governor or deputy governor level with any significant experience of working with the Finance Ministry. Ironically, the government makes these appointments.

The main issue has been the transfer of reserves or dividends. The government has been unhappy over the dividend the RBI paid in 2016-17. RBI had transferred Rs 30,659 Crore of its surplus to the government, which was less than half of the Rs 65,900 Crore it transferred in 2015-16. Typically, the RBI would transfer 90 percent of the profits to the government. Former RBI governor Raghuram Rajan took the threshold to 99 percent. Present governor Urjit Patel, however, transferred 87 percent of the profits last year. The RBI has been insisting on the need to build reserves again and is now studying the feasibility of a policy that will require it to transfer a pre-determined portion of its profits. In a sign of conciliation, on 8th August, the RBI decided to pay Rs 50,000 Crore as dividend to the government for the financial year 2018, significantly higher than the previous year in line with the budget estimates.

Interest rates have been another cause of heartburn for the government. One view is that the RBI could have reduced interest rates more aggressively when oil prices were low and inflation wasn’t a dominant concern. But it remained cautious. There is a sense in the government that the RBI could have cut interest rates by 50-75 basis points post-demonetization as banks were flush with liquidity and inflation was at 4 percent. Also, RBI’s demand for powers to regulate public sector banks makes the government uncomfortable as it would mean ceding some of its control over money that has been feeding the economy. The government says the RBI has enough powers to deal with problems in all banks. What makes the situation combustible is that while the RBI is the banking regulator, the government is the bank owner. This dynamic doesn’t exist anywhere else except China. Separate legislations for public and private sector banks, a different law for foreign banks and a separate legislation for the State Bank of India only complicate governance matters further.

In its first four years in power, the government has not had a full-time Finance Minister for more than a year. Even an informal communication channel between the finance ministry and the RBI is effectively closed. With the economy going through a complicated phase-the rupee is under pressure, inflation is growing, factory output is declining and the world is becoming increasingly protectionist-these are not exactly tranquil times. Public trust in the Indian banking system is perilously low. Besides the scams and mismanagement post-demonetization, there were fears that the Financial Resolution and Deposit Insurance Bill would dilute the insurance protection of depositors’ money. For now, the government has dropped the bill. The tug-of-war between the RBI and the finance ministry is only making matters worse.

On 19th November 2018, the Reserve Bank of India’s (RBI) Central Board met in Mumbai and discussed the Basel regulatory capital framework, a restructuring scheme for stressed MSMEs, bank health under Prompt Corrective Action (PCA) framework and the Economic Capital Framework (ECF) of RBI. The Board decided to constitute an expert committee to examine the ECF, the membership and terms of reference of which will be jointly determined by the Government of India and the RBI. With RBI’s proceedings to come, let us now look forward to what the future has in store for us.

Winds of change amidst Infosys 0