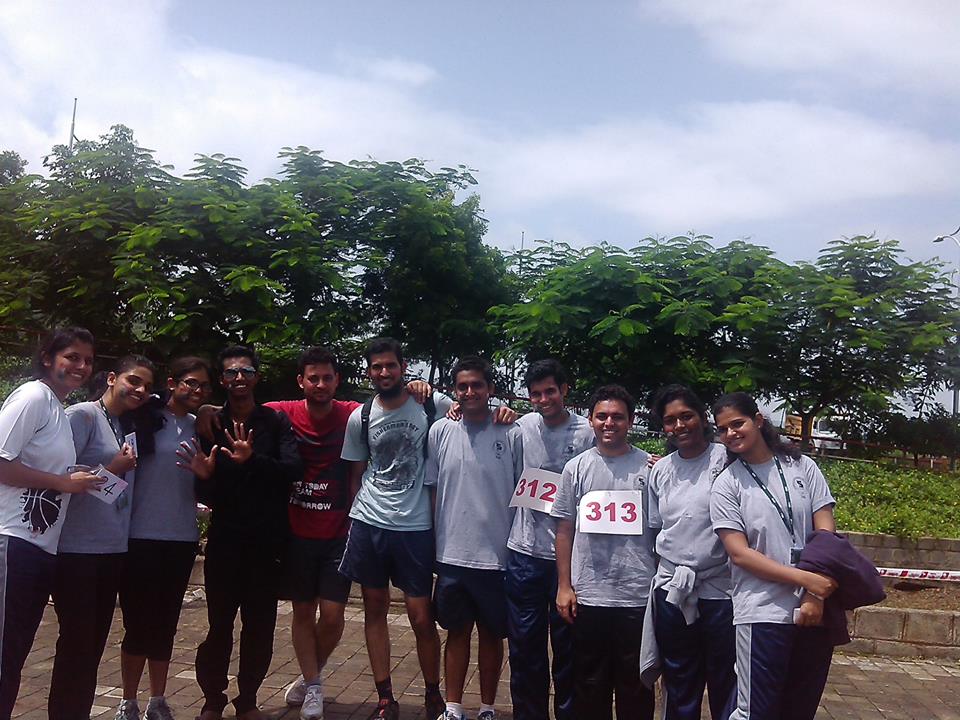 Surprisingly Elton woke us up at 6.30! Hussain Screaming at the top of his voice-“Come on, Get up! We need to go!”. That was the only moment I felt I

Surprisingly Elton woke us up at 6.30! Hussain Screaming at the top of his voice-“Come on, Get up! We need to go!”. That was the only moment I felt I made a mistake going for the Freedom Run. After a cup of tea from the most diligent, duty-full and on-time servicemen India has ever seen –The “Tapri-Wala”  we boarded the SIC bus to Lavale. There were two noticeable things about “Runner Patriots” aboard the bus-First, the  strength in the bus comprising  SIIB, SCMHRD and SCIT’ians   was surprising especially at 6.45am and Second -most of the people present were either regulars to the gym or members of a sports team!  Conclusion- the Endorphin Rush(Responsible for a Runner’s high) and Patriotic Rush Go hand in hand ! (Didn’t Gandhiji  Walk very Fast and  Wasn’t Dandi March the freedom Run of that era! ;))

A short Talk-ative,Sleep-ative  Journey afterwards we were in Lavale campus leaving behind the hue and cry of the city climbing steadily to find  a hill top teeming with students only to run down panting later! Lavale was bustling with activity ,students from almost all the Symbiosis campuses were there, constituting a vibrant colorful gathering  truly embodying the Symbiosis Spirit.

We got hooked to  Poha-the staple food of Symbi campuses for a little too long and had to run for the Flag hoisting! We were running on the road and so were many others, when the anthem started playing and abruptly  everybody and everything  came to a standstill – Attention ! That was somehow a  moment of pride! Few minutes later the World moved again and we ran to the Flag hoisting Ceremony ,in which a mélange of cultural activities followed. Then the race started!

Running there was an interesting concoction of People –guys and girls from all over shouting slogans to boost their team’s moral, faculty also running alongside  ,groups of students with flags of their colleges  struggling to hold it up while running downhill ,cameramen jutting out of no-where taking pictures ,down the lane some people who  quit running and assumed the role of audience pegging people on ,and yeah some diligently running to win !:D Moreover, there were the organizers handing out water bottles  and at the last turn marking people with permanent markers. Almost Felt  like being marked with the election ink !Completed the Race-Had my say!

At the finishing stop starved, deprived and famished by running in a rare Pune morning  with a sun overhead, people  were handed out with eatables and drinks! Then  started the awards ceremony, the dignitaries present handed over the recognitions with all pomp and show,  with awardees being  welcomed with a fanfare fit  for F1 finishers !  All the “Runner Patriots” who by now had become the  “Patriotic Pant-ers ” then had to catch  the bus back home !What ensued was a journey  more sleep-ative and less talk-ative than before  and an afternoon entirely Sleep-ative !