Vallabhai Patel, better known as Sardar Patel was the first Deputy Prime Minister of India. He was the figure head of the integration of India bef 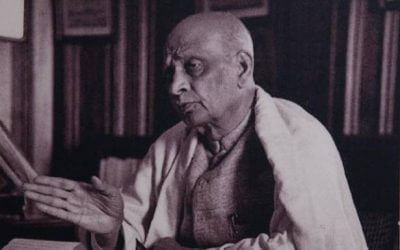 Vallabhai Patel, better known as Sardar Patel was the first Deputy Prime Minister of India. He was the figure head of the integration of India before independence; he was a barrister, a statesman and a senior leader of the Indian National Congress. Sardar Patel was this and much much more, a de-facto head of the Indo-Pakistan was of 1947 and the Indian Army, without him, India would have a much different face to show to the world.

Sardar Patel was one of the most revered leaders of erstwhile British India and newly independent India. He was one of the few people the British respected. The fallacies of Nehru were covered of by Sardar Patel for many years, including the first Indo Pak war of 1947-48, the Kashmir issue in the United Nations, the integration of the princely states; he also tried to save Tibet; a very important buffer zone between India and China, which was a lost cause by the time Sardar Patel could get to it.

Sardar Patel was the first home Minister and thus played a major role in the development of newly Independent India. When Nehru declared war on Pakistan without informing the home minister, it dealt a deadly blow to the administration in India. India’s FOREX reserves, which were in the hundreds of thousands at that time, had been driven down the drain due to one decision taken in the heat of the moment. Patel dealt with things in an amalgamation of strength and diplomacy. This was first seen during the integration of the princely states in India during the later years of Independence. During the elections, Congress won a majority of the in the Hindu electorate. But Muhammad Ali Jinnah won a majority in the Muslim electorate and advocated for a separate state for Muslims.

India had been a peaceful, secular country for decades before the British took over by divide-and-rule.  Congress formed a government including all the major princely states, Mewar, Marwar, Rajput, Sindh, Punjab, Bengal and other 562 states. This was a mammoth task undertaken by one man. This introduced a unique dilemma. Hyderabad, the seat of the Nizam; refused to join the other princely states and wanted to lock arms with Pakistan. Sardar Patel was the only person holding enough clout to threaten the Nizam of Hyderabad, and the rest is History. 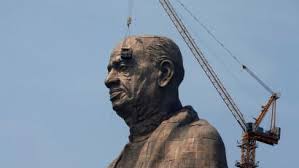 There is a fresh hullabaloo over the statue of the ‘Iron Man of India’ called the ‘Statue of Unity’; which is now the tallest statue in the world, at 182 meters in height. In a rather liberal perspective, this is more about the fight for Independence and unification of India rather than the promotion of Hindutva, and in a more economic perspective this is more about bringing jobs to the area, creating revenue for the state government and promoting tourism in a state that is known for business. Nevertheless, it is yet to be seen how this affects the political ethos in India where everything is politically motivated. Unarguably, though, India needed to recognize the man who created it.

My life and times at SIIB 2

Internet of Things- The Next Big Wave 0