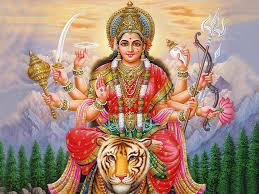 The Shakti of a Durga

SIIB The ambit of an MBA program does not limit itself to the management principles. It goes beyond the regular sessions of classroom learning and app

Life At SIIB
Leaders: To have or not to have?
A Bittersweet Tale of Price Control and Myopic Decision-Making

The ambit of an MBA program does not limit itself to the management principles. It goes beyond the regular sessions of classroom learning and applications to just a few projects. When you are gearing up for Indian Inc., you will have to develop a proactive approach towards learning and applying your mind as well.  At institutions like SIIB, the emphasis is on holistic learning. This learning does not happen by teaching students from the textbooks. We encourage our students to step out in the real world and learn from first hand dealings by interacting with industry experts, pursuing live projects and even keeping themselves abreast with the latest in the industry. Our curriculum comes inherent with a capacity of developing within students, this coveted skill set that triggers the pro-active approach. The road to becoming a successful manager comes packed with several details like routine reading of newspapers and a host of other things. Some of you may think that the newspaper is not so important. But, dig in a little deeper and you will realize that it is your window to the happenings of the world. The most recent event being the Durga Shakti case Recently, the papers were full with a certain Durga Shakti case. Most of us must have read it. After all, it is one of the few stories to have remained on the front page for quite some time.

As manager’s what do you think could be your learning from this case. Well, the first thing that you can understand is that our systems are rotten with corruption and so if you want to manage your business operations with integrity it will require a lot of lobbying and above all a firm yet patient approach to get things done. In this case, Durga, who is in her late twenties had to battle the system an single handedly raise the alarm on the illegal activities being undertaken by the sand mafia and real estate barons along the banks of the Gomti river. In fact, as soon as the situation happened the media splashed the news all over the country. Suddenly everybody began questioning the system, its validity and the danger that it posed to life. Additionally, social media folks doubled their activity and before you knew it, Durga has become an icon. From trending on social media forums to being amongst the most searched news items, the case has surely hit the bulls eye in terms of publicity.

As a result of Durga’s efforts to expose the sand mafia, the central government has taken stern initiatives and passed a directive ensuring that no such mining is supported until receiving a clearance from the ministry of environment. Hopefully, this move will also positively impact the other corporate offices based out of UP and conducting operations connected to the environment welfare.

See the flip side of the coin and the results are equally alarming.  As soon as the officials found out, Durga was transferred, blamed of being biased and accused of being corrupt. So, is it true? Well, think for yourselves. Anlady who took pains to expose such a big racket and silently suffered the burden of being propagated as a tainted officer, could she be corrupt? Did she not know the dangers of going against the system and exposing the dons? Logically, it is impossible to have been unaware. Tainted or not tainted, it surely is the Shakti of Durga that has led to the exposure of such a big scam.