Why does he have to wake up so early? It’s a Saturday for God’s sake, he’s forced me to wake him up at four thirty and play his annoying alarm, hone

LOGO ka kaam hai kehna
An Overview of SNAP
Leaders: To have or not to have? 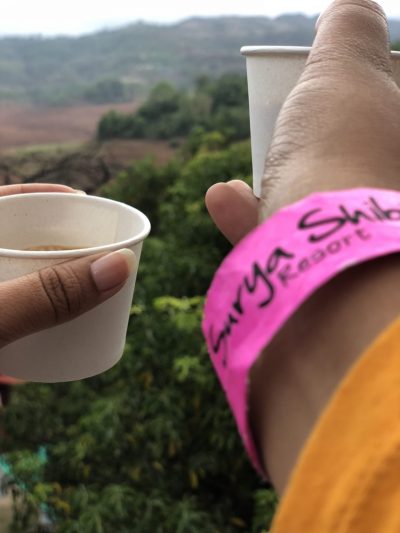 Why does he have to wake up so early? It’s a Saturday for God’s sake, he’s forced me to wake him up at four thirty and play his annoying alarm, honestly with this tune, even the dead would rise from their graves, anyhow after snoozing me forever he seems to have woken up, he’s gone for a bath, I can have another little nap I guess. And he’s back, such a small guy that he takes no time to get ready, well he’s got a big bag ready this time, not the new one he got a couple of days back, oh wait! This is the bag he bought with him while he was in the train for those two long days, not again, I don’t want to go into that stinky top berth again. Well looks like we are leaving, all his friends are there as well, I really wonder what these guys are up to, the sun isn’t out yet.

Well everyone is here and we are at the big campus that I had first came to, he really doesn’t know anyone does this guy, there are like two fifty people here and he’s talking to two people. Well now we are off on a bus, I wonder how far does a bus take you, thank God he’s just sleeping and dosent want to keep using me, I told this man’s got no friends.

We seemed to have reached somewhere, my boy this is beautiful, the weather, the greenery, the mountains, the skies, his new city had such stuff, I thought it was just about the buildings and the unending traffic, this is amazing, my eyes will sure have some clicking to do, that is if he chooses to, or he’ll just click pictures with his eyes for his mind, and my memory will be unused. Dude, someone’s calling you, see it your mother, even she woke up now and you have already come so far, I told you it was early, anyways it was worth it. We have come to a new room, there are a lot more strangers here, this is kind of huge, we have got a new mess as well, nice. He’s had his food I guess, I’m fully charged up anyways, he fed me through last night.

Well it seems like a few of them are going somewhere, I wonder where, we are off on a trek I believe, he takes me out and shows me some daylight finally, again the scenery that I talked about, the paths are dusty, with stones and steep, there are a few people with him though, we keep going higher and higher. The longer we walk he seems to be making more friends, my front eye has more smiling faces to capture, I’m glad for him, and my back eye has the picturesque view to take care off, uff it’s raining now, thank you for keeping me back in your pocket smart boy. He takes me back again, this time we have reached a real high point, wow, the expanse of the fields, the greenery, there seems to be a dam as well in my sight, and a lot more people this time in my front eye.

And we start our journey downwards now, he’s tired I guess, so  I stay in his pocket this time, by the time he takes me out again its evening and he wants me to capture some music and dance and stuff, man this kids are talented meanwhile my lazy owner is just standing in the crowd and clapping as usual, its seems to be a long night of fun, bonding, music and what not. That’s it for the day even though I wish there was more. Next day morning, its raining again, and he picks me up again, this time hes on a ground, running around, carrying people, never knew he was that strong, pulling ropes, and a lot of other stuff, someone else is holding me for him, so thankfully I can see all his antics. He seems to be so happy unlike yesterday morning with all the friends that he’s made.

Well after having captured a lot of good moments, we seem to be back in the bus again. This time he isn’t sleeping, he’s making me play music, all the peppy ones, wow, he’s even dancing, I wonder why this random guy has to make see such sad scenes.

And finally I’m back to hostel, totally drained, he’s put me back on charger thankfully, but I’m happy for him, these two days weren’t just about me capturing the mountains and mist but about him making friends and memories, and I get to store it for him.