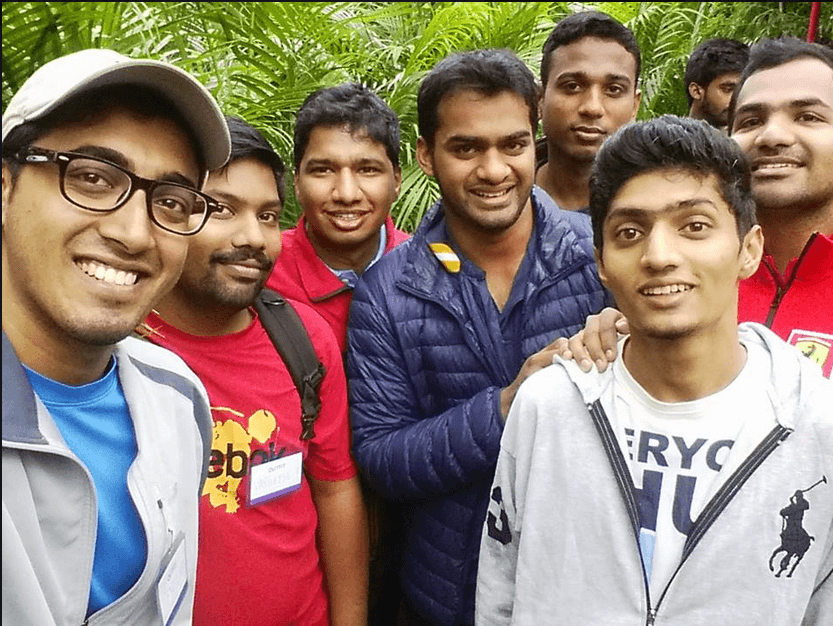 Out- Bonding ! The day started early Friday morning by 5.30 am where we had to assemble at the SIU campus.  We soon left for the Surya Shibir by ar The day started early Friday morning by 5.30 am where we had to assemble at the SIU campus.  We soon left for the Surya Shibir by around 6.30 on the bus.  Breakfast was provided on the bus which was not so good and most of it was thrown.  Upon reaching Surya Shibir we were allocated our rooms which were a 60 room dormitory. We reserved our beds by placing our luggage and went for breakfast.  Then we were introduced to the Outfit team which consisted mainly of Majors. The initial task was team building activities and was split into groups of 13.  We did tasks which taught us about team coordination, team communication, strategizing as a team and listening skills.  The day included activities such as tight rope walking which was of great experience.  Then we were given two hours to prepare ourselves for a chill out session.  The chill out session brought out the hidden talents of most of our colleagues.

We had singing performances, dance performances, skit performances and everyone had a great time.  Dinner was then served the night and afterwards the beauty of Surya Shibir could be experienced. Fresh air together with total silence was an experience.  We enjoyed the beauty of the fire flies in the dark which was a great sight and something not experienced in the cities.  We had a few guitar sessions at night slept off for the night. The following day we were awaken by the whistle of the Major early morning at 6 am for a cup of tea. After the cup of tea we warmed up for the trek with a few stretching exercises.  Then we started the trek.  Initially the ground was level but soon the trekking became more difficult and tested our fitness level.  The usual trekkers were leading the group and some were dragging the group from behind.

We had very common intervals so that all members could group up to make sure everyone was there.  The trek was beautiful as the scenery was awesome.  We took lots of pictures in the beautiful scenery.  Somewhere at the top we came across berries which were of great taste.  The trek continued downwards and became bit more difficult as people started slipping due to the unlevel ground.  We eventually had to cross a river and as it had dried up it was pretty much easy.  We eventually reached back by around 10 am and had an excellent breakfast which was so reviving for the body.  After breakfast we headed down for a bath and rested for a while. Then it was time for the indoor activities.  This first included a session where we had to introduce another person to the entire group and draw a picture of them.  As I was very bad in art my drawing also was very bad. After the introduction we got to know a lot about our colleagues most of which was not known.  Then the session ended up for lunch. After lunch we had team activities which included a session on a banner making as a group as we had to delegate the work to each team member and complete the task on time. Creative banners were created and a set of people were selected as judges to decide the best banner. The session ended with tea and snacks served. We then took a picture with the coordinators of the event. Then it was time for the return journey and everyone seemed to be exhausted and just wanted to sleep. But the traffic of Pune would not let us reach so fast and it seemed to take for ages for us to reach back to our hostels.

Blockchain: The Rise of Decentralization 0

The Day that Irony Died 1