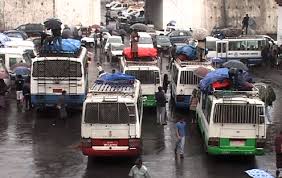 Fuel consumption in our country is at an all time high. One way to look at it is the increased standard of living that means more people have cars and

A World Without leaders
CHANGES IN SNAP 2022
Life At SIIB

uel consumption in our country is at an all time high. One way to look at it is the increased standard of living that means more people have cars and other vehicles at their disposal. So, it sounds really good. But, look at the bigger picture and the results may not be so encouraging. More vehicles on the road can actually mean more fuel needs and India will have to export more. The rising crude oil prices put a greater burden on the Indian economy. In fact, every time the country imports, the trade deficit increases and therefore the burden on the economy also increases. As participants of one of the country’s most reputed B school programs, the increasing trade deficit is a cause of great concern.

As the future managers, it is expected that you rise up to the challenge and think of innovative ways to resolve the problem. However, this problem does not require much innovation with its solution. Yes! The solution is simple and it involves reducing fuel consumption so that the demand is gradually brought within the permissible limits. Currently, fuel conservation is high on the priority of the government officials. In fact, reports have claimed that increasing fuel prices are one of the leading causes of the trade deficit issues that are currently pausing the pace of economic growth.

Given this scenario, government is encouraging fuel conservation measures. In a desperate attempt to make the people realize the importance, the fuel ministry has also put forth the suggestion of a public transport day that will encourage people to diverge from using individual vehicles. It may seem a small initiative at the front face, but if you look at the bigger picture, it is a major saving. Indian’s lack the culture of fuel saving through measures like pooling, using public transport and even simple things like shutting the engine at traffic stops. However, this is also because of the pathetic connectivity of public transport. But, things are now changing. Government is simultaneously working on improving the conditions to encourage people to opt for public transport.

While time will tell the effectiveness of these measures, it is imperative to understand that such small measures when implemented on large scale can contribute a major deal towards resolving one facet of the economic issues.