Winds of change amidst Infosys

Infosys, India’s leading IT Services Company, named Salil S Parekh as CEO on Saturday, yet again picking an outsider for the job for and entrusting hi 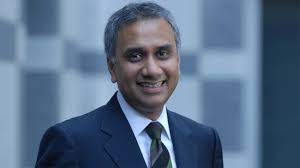 Infosys, India’s leading IT Services Company, named Salil S Parekh as CEO on Saturday, yet again picking an outsider for the job for and entrusting him the responsibilities of reviving growth and forging peace between its founders and board following a public tiff. Parekh, who formerly worked as a member of group executive team in a consultancy firm Capgemini, has been assigned a five year term henceforward.

Infosys witnessed a sunshiny period with shares closing 2.8 percent higher following Parekh’s appointment as markets welcomed the board’s decision – to tap a veteran who has both deep experience in leading a consulting firm and knowledge of the Indian IT model. However, investors are still concerned about how he will deal with potential strains in the relationship with the founders, which cost Infosys billions of dollars in market capitalization earlier this year.

As the information technology industry worldwide is going through upheavals caused by software automation, artificial intelligence and cloud computing, the old formula pursued by Infosys – of blending cost-effective software programming coupled with consulting to serve large clients and get steady streams of high-margin revenues is warranting a revamp.

A new CEO of any organization brings new ideas to the table, of which Infosys wistfully had many. Former CEO Vishal Sikka had taken a sharp turn towards product innovation at Infosys, given his own experience as a high-end product/platform architect at SAP.

Now, the looming question is: Will Sikka’s technological vision be integrated into a new Infosys or given a slow burial?

Why the World Needs Agribusiness Professionals 0