Why the smog still remains?

Apparently, the Diwali festivities have completely come to a dead end, but the smog and pollution problems of Delhi hasn’t. The overall air quality in

Apparently, the Diwali festivities have completely come to a dead end, but the smog and pollution problems of Delhi hasn’t. The overall air quality index (AQI) of Delhi, as recorded by the Central Pollution Control Board
(CPCB), still remains ‘poor’.
Earlier, vindication for such poor quality of air was given to bursting of Diwali crackers and stubble burning in neighbouring states. But those who’ve been to Delhi or those who live in Delhi are already familiar with the pollution problems which this city faces. Meager bursting of crackers and stubble burning can’t lead to sudden deterioration of air quality. 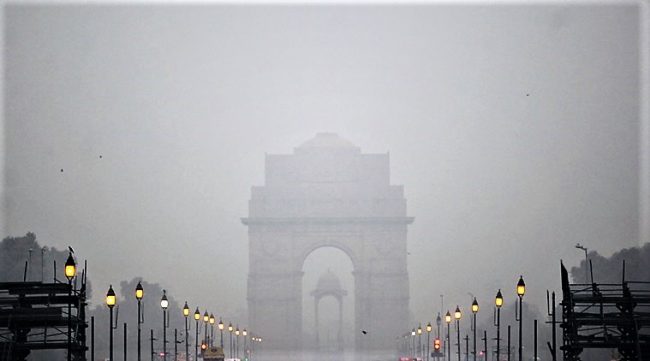 The other factors causing NCR’s pollution woes include biomass burning, rising vehicular emissions, and industrial pollution; power plants and restaurants being major offenders. Accumulated dust, ‘trapped’ when there are no winds, from large-scale construction work is another major pollutant. The Graded Response Action Plan was implemented to traverse this menace, by temporarily banning construction sites, diesel generators and waste-burning, alongside ‘odd-even’ car rationing, mechanized watering of roads, and closure of brick kilns and stone crushers. But these solutions lack long-term implications.
A lot of improvement needs to be done to make the environment a better place to live. Reduced use of coal and increased investments in renewable energy, reduced infield burning, and wise crop residue management through alternative uses, quotas to limit new vehicles and retiring old polluting vehicles, while strengthening the mass rapid transport system, a greening drive in the form of setting up urban forests and parks, a potential congestion cess, and buildings having internal green belts to purify air are the solutions which experts suggest.
Suggesting these solutions is easy but the execution of these solutions is where another challenge lies. With strict supervision, vigilant inspections and prompt penalties for any breaches, proper policy coordination between Delhi and its neighbouring states. And most importantly, with the shedding of the smog of lethargic behaviour of authorities, tackling air pollution problem will become easier and will ensure a safer living environment for all the living beings in the city.

Can your twitter feed keep you updated with the world? 0