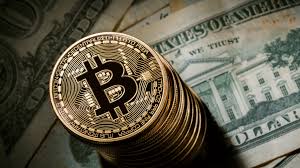 A hitherto unknown form of cryptocurrency—the bitcoin, once dismissed by the who’s who of the financial world, is now rapidly making giant strides in

A hitherto unknown form of cryptocurrency—the bitcoin, once dismissed by the who’s who of the financial world, is now rapidly making giant strides in international market. Bitcoin is the only decentralized online banking network, that is, unlike the payment networks Paypal and Visa, which are owned by certain companies and their shareholders, Bitcoins are not owned by anyone. They have a peer to peer structure—with hundreds of computers all over the world working together to process the Bitcoin transactions.

Bitcoins were first created in 2008 by a person who identified as ‘Satoshi Nakamoto’, whose real identity and personal details remain unknown to this day. Last known communication from Satoshi Nakamoto came in 2011 and since then, he is believed to have retired and handed over the reins of bitcoin network to Gavin Andressen.

The biggest possible disruption which can be presumed will be in terms of online transactions through bitcoins. Over 10 Lakh merchants and vendors have accepted bitcoin as a payment medium. Moreover, bitcoins can be exchanged for other currencies; hence the frenzy for it has gained momentum over the years.

On the other hand, JP Morgan Chase CEO, Jamie Dimon has dismissed the idea of Bitcoin as a standard valuation currency and maintained that it will only help ‘criminals’. Government-backed Chinese Conference also asserted that Bitcoin’s adoption as actual Currency would be disastrous.

The current valuation of one Bitcoin, which is a mammoth 6728 Dollars, proves the level of entrustment civilians have upholded to this Binary digital currency. As we are heading towards a possible deliberation over Bitcoin being a standard currency – keeping in mind its decentralized network and non-ownership for the same, it will be interesting to see the response of big economic stalwarts across different nations to this bestriding juggernaut capable of disrupting world economic spectrum.

The recovery of the rupee 0