Impact of Digital Marketing on Academia

With the advent of the digital age, our world seems to have shrunk and is now revolving around technology that we don’t completely understand. Dig 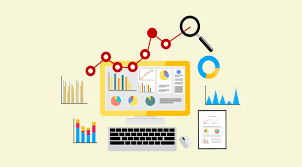 With the advent of the digital age, our world seems to have shrunk and is now revolving around technology that we don’t completely understand. Digital marketing has changed the dynamics of how we understand a consumer base, from local to global. Academic communities have benefitted from digital marketing. It has broadened the network of academics and while increasing competition, it has made sure that the right consumers are connected to the right markets. Academic communities are now heavily dependent on social media to form networks and influence each other, and digital marketing has a major role in that.

Social media and the web are unchartered territory even in 2018. Back in the early 1990’s when Apple Inc. released its first Macintosh, and in the 2000’s when Google and Amazon came into the market, Digital marketing had already begun. In the 2010’s when the Cloud was developed a majority of the programming world didn’t understand it.

Marketing has always had a difficult relationship with academia. Traditional academics strayed away from marketing due to introduction of frivolous distributions and the tendency of marketing to shine its spotlight on income generating assets rather than the actual academics of it.  Nevertheless its impact on social media and metamorphic impact on digital marketing brings a new imperative to academia.

Every bit of academic research, pertaining to the impact of digital marketing and social media on academics circles back to Mark Granovetter’s research on strong and weak ties. To understand how networks are formed and how people influence each other and organize into communities Mark Granovetter led some ground breaking research. His research inferred that the weakest links in a network are invariably responsible for the spread of information. This was recorded in much higher volumes than for the stronger links. Hence debunking the myth that the loudest voices in the digital crowds are the ones responsible for the dissemination of information.

In the digital age students can now access tools for academic information that they didn’t have access to before. Digital marketing and its components are being increasingly used in international education to improve the institute’s business practices. The use of online strategies brings to light the exact scope that digital marketing has in attracting students. Platforms like Coursera.com and EdX are bringing the world of academics closer, and market analysis is not only profiting back end businesses but also benefiting students at the front end by connecting them to their peers, academic or otherwise. Social Media has had a massive hand in developing the brand image of a university. This falls into a new vertical of digital marketing called branding. Social media handles like YouTube have been known to promote the informal lives of students, while handles like Facebook and WordPress have been used for blogging. Another interesting handle is Twitter. Twitter was developed for communicating in shorter sentences, getting the user to be as creative as they could, as witty as they could to get their message across. Twitter in academic circles is being used as a micro-blogging tool. Instagram is another tool that is used by universities to document their events, showcasing a controlled output to the rest of the world. All of these tools must be used to the fullest when developing a university brand image in 2018.

With all the negativity that comes along with social media in terms of shrinking attention spans, loss of penmanship skills, loss of social skills and a blur that gets created between our social and our digital lives can all be controlled, and instead used to full advantage when promoting a university. Collaborations are made between multiple universities thanks to social media which would not have been at such easy access otherwise. Social media can be a boon or a bane. It just has to be utilized in the right way.

All in all, the transformation that can be seen is immense, and it would be interesting to see what digital marketing has in store for the future of academia.